Rebecca Baron – How Little We Know of Our Neighbours (2005)

Quote:
How Little We Know of Our Neighbours is an experimental documentary about Britain’s Mass Observation Movement and its relationship to contemporary issues regarding surveillance, public self-disclosure, and privacy. At its center is a look at the multiple roles cameras have played in public space, starting in the 1880’s, when the introduction of the hand-held camera brought photography out of the studio and into the street. For the first time one could be photographed casually in public without knowledge or consent. Mass Observation used surreptitious photography to record and scrutinize people’s behavior in public places. Mass Observation was an eccentric social science enterprise founded in the late 1930’s in England that combined surrealism with anthropology. END_OF_DOCUMENT_TOKEN_TO_BE_REPLACED 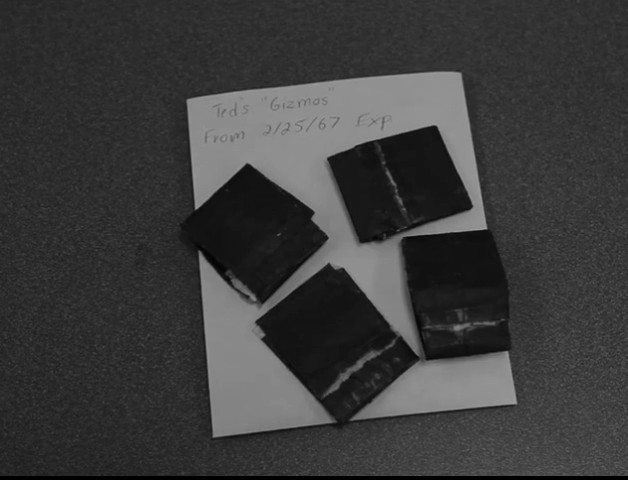 Detour de Force presents the world of thoughtographer Ted Serios, a charismatic Chicago bell hop who, in the mid-1960’s produced hundreds of Polaroid images from his mind. Constructed from 16mm documentation of Serios’s sessions and audio recordings of Serios speaking with Dr. Jule Eisenbud, the Denver psychiatrist who championed his abilities, the film is more ethnography than biography, portraying the social and scientific environments in which Serios thrived. The film foregrounds the state of image and sound recording technologies of the period as essential to the emergence of Serios’s psychic photography. It is also a document of the filmmaker’s encounters with the archival materials themselves. The film enjoys a rich sound environment by Ernst Karel, Kyle Bruckmann and Guiseppe Ielasi. END_OF_DOCUMENT_TOKEN_TO_BE_REPLACED