Quote:
The fireside get-together is in full swing when news arrives: Renée has returned. She moves back to the rural family home which her brother Modeste now shares with his wife Elenore. The two of them have been bringing up Renée’s young daughter Athene as if she were their own. Athene tries to grasp the new situation, even as her mother’s feet are already starting to itch. Renée owns an empty lot in Sainte Anne, Manitoba, the one on the photo she shows to Athene, where a house is waiting to be built. But this is hardly the whole story, if you can even talk of a story for much of the time, it’s more a set of impressions, fragments, of the Treaty 1 territory, of daily life in the Métis Nation, to which Renée’s family belong, as do the director’s family who play them, she herself in the role of Renée. A dog in the snow, giggling nuns, hands on laden tables, shadows against corrugated plastic, the sound of the train and the image of the empty lot, again and again: in the flickering celluloid, colours fluctuate, motion slackens, hopes and dreams bleed into reality and past and present merge. Unlike what Athene says at the beginning, you needn’t be scared of the places your visions find. END_OF_DOCUMENT_TOKEN_TO_BE_REPLACED 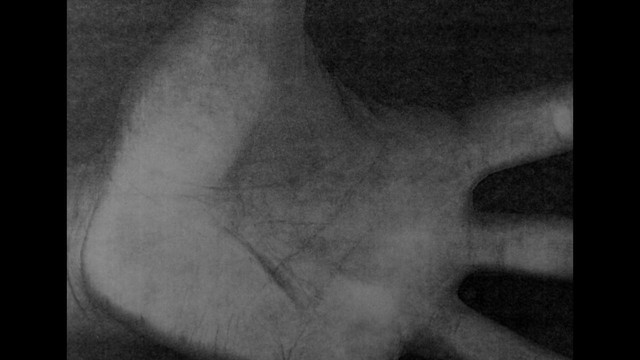 Quote:
“The block of marble is the most beautiful of all statues” – Carlo Mollino
This is the story of the godlike architect, Carlo Mollino, animated within the desk space of failed architect, Rhayne Vermette. Made, with love on 16mm, 35 and Super 8, this classic tale of Pygmalion investigates intersections between cinema and architecture.
For E. Ackerman, A. Jarnow, and T. Ito. END_OF_DOCUMENT_TOKEN_TO_BE_REPLACED