Magic is a 1978 psychological horror film starring Anthony Hopkins, Ann-Margret, and Burgess Meredith. It was written by William Goldman, who also wrote the novel on which it was based. END_OF_DOCUMENT_TOKEN_TO_BE_REPLACED 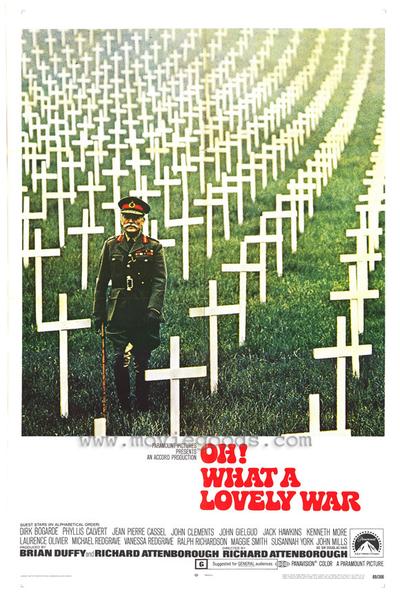 The show itself, described as “a musical entertainment,” was a jolly satire on the madness of the First World War, done mostly in period songs and sketches in which the Pierrots and Columbines slipped in and out of almost invisible disguises as emperors, generals, nurses, music hall stars, Tommies, wives, nurses and spectators, some appalled, some bored. END_OF_DOCUMENT_TOKEN_TO_BE_REPLACED