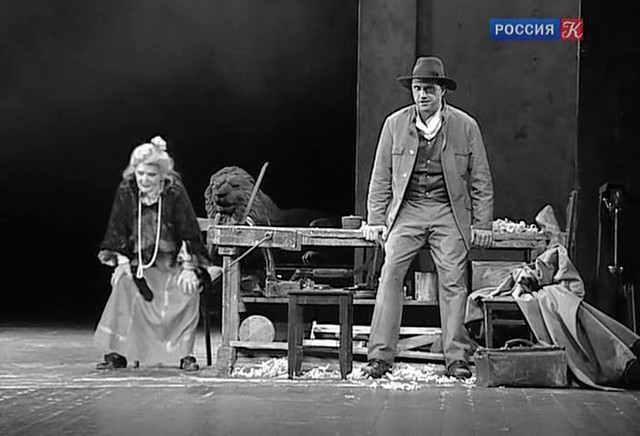 Rimas Tuminas’s production was enthusiastically greeted by Moscow critics – not only for its undoubted merits but also because Uncle Vanya gave a positive response to the ‘accursed question’: is it possible at all to breathe life into a half-dead academic theatre today? Yes, it’s possible, answers the Vakhtangov Theatre but only in case there is a powerful director that is able to sweep his actors along with him. In Uncle Vanya there are a lot of witty solutions and paradoxical psychological moves. Rimas Tuminas seems to reflect Chekhov’s ‘scenes of rural life’ in secret false mirrors of otherness, and for this reason his performance turned out to be darkly eccentric. And you ask yourself: is it really that those on the stage are not ghosts of the country seat? END_OF_DOCUMENT_TOKEN_TO_BE_REPLACED