Quote:
René, an actor, who has long lived withdrawn from reality after the death of his wife, Hélène. Proud in his isolation, he rarely sees anyone, yet enjoys spending hours on the phone with friends. His ghosts from a distant past haunt him. The deep restlessness of a first love remain indecipherable as before. Like Hermann Hesse’s short story Juin, from which the film is freely inspired by, it is about the mysteries of memory, about the strength of its expression through the spoken word. On the strength of the word as cinematic image. END_OF_DOCUMENT_TOKEN_TO_BE_REPLACED

Synopsis
North of Italy, the von Ketten dispute the forces of the Episcopate of Trent. Herr Ketten seeks marriage in a distant country, Portugal. After their honeymoon journey back home, Ketten leaves again for the war. Eleven years elapsed… Rumours are running about the presence of that ‘foreign’ in the castle. Some say she’s a heretic. Until one day, the Bishop of Trento ends up dying and, with the signature of peace, falls the background of von Ketten’s life. Will the Portuguese win, where death seems to be moving in? END_OF_DOCUMENT_TOKEN_TO_BE_REPLACED

Quote:
In Rita Azevedo Gomes’ A PORTUGUESA, war and love are the absolute values that define the conflict between man and woman. The film is an adaptation of a short story by Robert Musil, as filtered through the spirit of Agustina Bessa-Luis, frequent collaborator of Manoel de Oliveira. Clara Riedenstein plays the enigmatic, unnamed, obstinate, and intelligent protagonist – a woman who, after marrying von Ketten, travels to his country and spends eleven years waiting for his return from war. A PORTUGUESA is a film about patience, stoicism, and strategy that puts in crisis the very notion of action. END_OF_DOCUMENT_TOKEN_TO_BE_REPLACED

Rita Azevedo Gomes – A Colecção Invisível AKA The Invisible Collection (2009)

Quote:
A story about art and educated men, and how their art and culture reveal themselves useless in the face of the harsh realities of the 20th century life. END_OF_DOCUMENT_TOKEN_TO_BE_REPLACED

Quote:
Roberto enjoys the aristocratic amusement of astonishment. Women, whom he knows full well in all sorts of styles and races, can no longer surprise him. The truth is that Roberto feels the intimate tedium of those who have exhausted all the delights and pleasures of this life. Yet one evening, he is intrigued by a woman who reminds him of someone. That night, of descent into heaven and rising to hell, this woman discloses the peculiarity of the life that has become hers. And amidst the terrible overwhelming, Roberto witnesses the sublime horror into which that woman has dropped. Rita Azevedo Gomes’ opulent, painterly and unabashedly theatrical adaptation is based on a short story from Jules Amedée Barbey d’Aurevilly’s 1874 anthology “Les Diaboliques” END_OF_DOCUMENT_TOKEN_TO_BE_REPLACED

Quote:
An author writes a story entitled “O som da terra a tremer”, and the story constantly entwines itself with his private life. Alberto is a writer out of the world because of decisions that are always postponed and sometimes imagined. Between the writer, his personal universe and the story that he’s or imagines to write is lost the notion of boundary. The story revolves around a sailor who one day finds a foreign port and loses a girl. But between the real world and the universe of fiction of Alberto is always difficult to perceive the place of each thing. END_OF_DOCUMENT_TOKEN_TO_BE_REPLACED 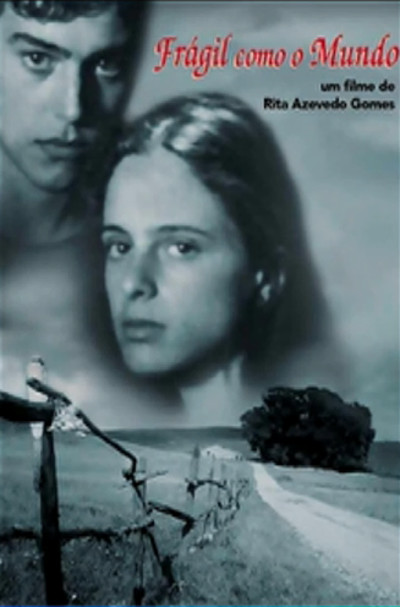 Quote:
An impossible love. Two young people in love. Vera and John can’t find a space nor time, nor identity in this life that can solve this love. Apparently everything is beneficial to them, their families, friends and the land where they live. The issue is time. The time they don’t actually have (studies, families, distant houses) and the time of their own life – being so young they are subject to what that life brought upon them, that’s when the “story” of the film begins, therefore linked to a life that until then was not chosen by them. This is one reason, which leads to a runaway process. Escape in the possible return to this world. END_OF_DOCUMENT_TOKEN_TO_BE_REPLACED