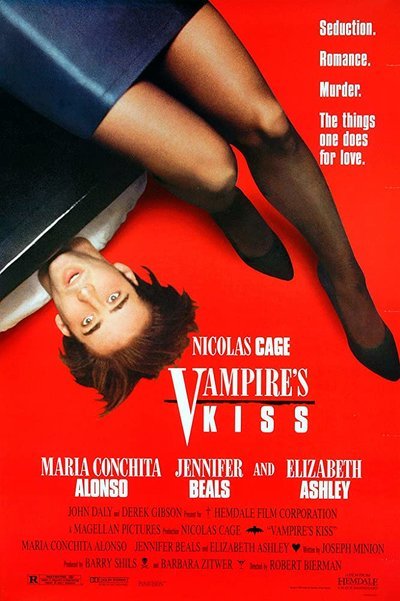 Vampire’s Kiss follows the story of yuppie literary agent Peter Loew (Nicolas Cage) as he descends into madness and vampirism. Loew believes he has been bitten by a vampire (Jennifer Beals) and is slowly becoming one himself, despite the contrary opinion of his therapist (Elizabeth Ashley). He then begins to wage a campaign of escalating terror against his secretary and first potential victim, Alva (Maria Conchita Alonso, looking appropriately baffled). Alva begs her parents to let her stay home from work to avoid her unusual boss, but they force her to go on that fateful day, and the plot unfolds. END_OF_DOCUMENT_TOKEN_TO_BE_REPLACED