Johnny One-Eye was adapted from one of Damon Runyon’s lesser-known stories. Pat O’Brien and Wayne Morris star as Martin Martin and Dane Cory respectively, former partners in crime who have long since split up. When a new district attorney puts the heat on, Cory, anxious to save his own hide, accuses Martin of an unsolved murder. Holed up in abandoned house, Martin is befriended by a little girl (Gayle Reed) and her dog. It so happens that the girl is the daughter of the crusading DA, and thereby hangs the rest of this tale. Produced by Benedict Bogeaus, Johnny One-Eye co-stars Bogeaus’ wife Dolores Moran as a moll named Lily White. The film represented the last directorial assignment of Robert Florey, who retired shortly afterward. ~ Hal Erickson, All Movie Guide END_OF_DOCUMENT_TOKEN_TO_BE_REPLACED 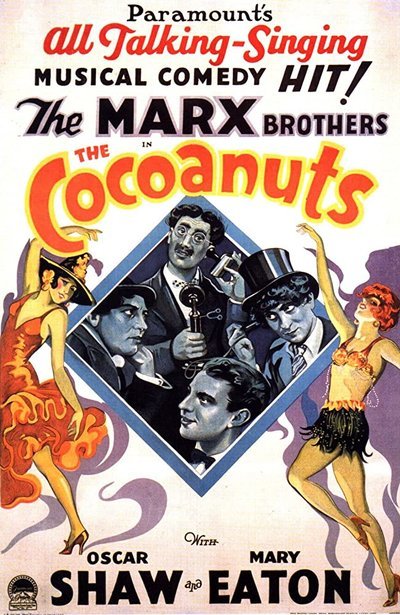 Mr. Hammer runs a bankrupt Florida hotel. He’ll try anything to make money, even make love to rich Mrs. Potter. But his main scheme, selling real estate, is in danger of sabotage from zanies Chico and Harpo, who also reduce the schemes of a pair of jewel thieves to chaos. A subplot involves the star-crossed love of Polly Potter and architect Bob Adams. END_OF_DOCUMENT_TOKEN_TO_BE_REPLACED

Synopsis:
In 19th Century Paris, the maniacal Dr. Mirakle abducts young women and injects them with ape blood in an attempt to prove ape-human kinship. He constantly meets failure as the abducted women die. Medical student Pierre Dupin discovers what Mirakle is doing too late to prevent the abduction of his girlfriend Camille. Now he desperately tries to enlist the help of the police to get her back. END_OF_DOCUMENT_TOKEN_TO_BE_REPLACED

Quote:
A mysterious artist – and psychopath – named Ronnie Mason, steals a dead woman’s wedding ring and money and leaves a fake suicide note. The woman’s husband, Thomas Turner, when questioned by the local police, believes his dead wife might have been seeing Mason behind his back. He also believes his wife was murdered, but in the absence of other evidence, the police list it as a suicide and drop the case. END_OF_DOCUMENT_TOKEN_TO_BE_REPLACED 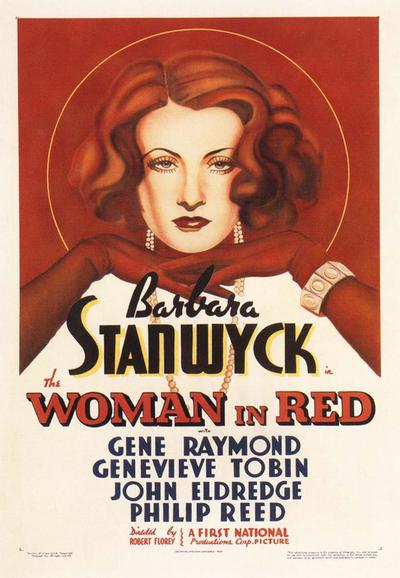 Plot: Shelby Barrett (Barbara Stanwyck) rides show horses for wealthy widow “Nicko” Nicholas (Genevieve Tobin)and meets Johnny Wyatt (Gene Raymond), scion of a once-wealthy Long Island Family, but who now goes about the country riding polo ponies for “Nicko.” Despite the efforts of “Nicko” and wealthy Gene Fairchild (John Eldredge), who is in love with Shelby, Johnny and Shelby are married. Shelby is treated frigidly by her snobby-but-broke in-laws, who frown even more when she and Johnny start handling the horses for wealthy neighbors on money Shelby had borrowed from Fairchild without telling her proud-but-broke husband. Matters aren’t helped any when “Nicko” shows up and starts a gossip circuit directed against Shelby. When Johnny is away, Fairchild asks Shelby to help him entertain a wealthy client aboard his yacht. She tries to contact Johnny and fails but accepts the invitation. END_OF_DOCUMENT_TOKEN_TO_BE_REPLACED