Quote:
This informative documentary focuses on the Dani people of New Guinea, and in particular tribal members Weyak and Pua. Weyak, an adult, protects the land his tribe lives on from other tribes and outsiders. Their territory was then one of the few places not colonized by Europeans. Pua is a young boy who cares for the village’s pigs. Battles take place frequently between the various Dani tribes. When someone is killed, the death must be avenged, and the fighting continues in a deadly cycle END_OF_DOCUMENT_TOKEN_TO_BE_REPLACED

Quote:
The Experimental filmmaker Stan Brakhage first appeared on Screening Room in May, 1973 to screen and discuss the films Eye Myth, Desist Film, Moth Light, and Blue Moses. Screening Room was a Boston television series that for almost ten years offered independent filmmakers a chance to show and discuss their work on a commercial (ABC-TV) television station. The series was developed and hosted by the filmmaker Robert Gardner who was Chairman of the Department of Visual and Environmental Studies and Director of the Carpenter Center for Visual Arts, Harvard University for many years. This unique television series explored genres which are rarely found on broadcast television including, animation, documentary, and experimental films. END_OF_DOCUMENT_TOKEN_TO_BE_REPLACED

Jonas Mekas – filmmaker, film critic, archivist, poet, lecturer and curator – is one of the leading figures of American avant-garde film and video. Born in Lithuania, he immigrated to New York in 1949 after spending time in Nazi forced labor camps and displaced persons camps. In addition to his many narrative and diary films that have screened extensively at festivals and museums around the world, he has worked as editor-in-chief of Film Culture, movie critic for the Village Voice and co-founder of Anthology Film Archives, one of the world’s largest and most important repositories of avant-garde films. END_OF_DOCUMENT_TOKEN_TO_BE_REPLACED 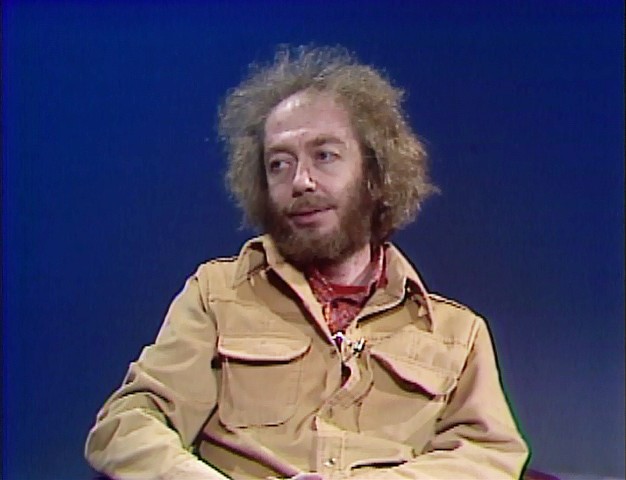 “Screening Room was developed and hosted by filmmaker Robert Gardner, who at the time, was Director of Harvard’s Visual Arts Center and Chairman of its Visual and Environmental Studies Department. His own films include Dead Birds (1964), and Forest of Bliss (1986).

A major ﬁgure in the American experimental ﬁlm movement of the 1960s and ‘70s and a widely published theorist, Hollis Frampton made such acclaimed and inﬂuential ﬁlms as Zorns Lemma, the Hapax Legomena series, and the unﬁnished Magellan. Retrospectives of his work have been shown at the Walker Art Center, the Museum of Modern Art, and elsewhere.The journal October twice devoted whole issues to Frampton, and the entire body of his work is preserved in the Royal Film Archive of Belgium. Frampton taught at Cooper Union, Hunter College, and the State University of New York at Buffalo. In January 1977, Hollis Frampton appeared on Screening Room to discuss his work and screen Lemon, Pas De Trois, excerpts from Maxwell’s Demon, Surface Tension and Critical Mass, and footage from what ultimately became Magellan.” – DER website END_OF_DOCUMENT_TOKEN_TO_BE_REPLACED