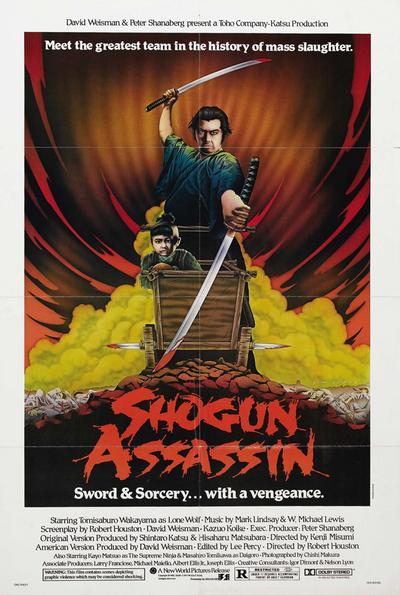 A sort of remake of Lone Wolf and Cub for the western market condensing the series in one film. In 1980, Americans David Weisman (producer) and Robert Houston (director) stumbled upon the Japanese Lone Wolf and Cub films (in turn based on a hugely successful manga comic book), and realised that while Western Audiences at the time would lap up the violent battles, they might not be ready for the Chanbara genre’s comparatively slow pacing and period politics. They decided to take the best bits of Lone Wolf and Cub parts 1 and 2, and add their own dubbing and simplified plot. Shogun Assassin was born, and is probably responsible to this day for the Chanbara movie’s arrival in the West. Best approached as an introduction to the Lone Wolf and Cub legend. END_OF_DOCUMENT_TOKEN_TO_BE_REPLACED