Cardoza’s death, a candidate for mayor of a village chief enemy and Rosauro Castro, leads to Mr. Garcia Mata to undertake an investigation. Upon arriving realizes that even the whole town, including the mayor, lives in fear by the chief and only achieved revenge end the injustices committed by Rosauro Castro. END_OF_DOCUMENT_TOKEN_TO_BE_REPLACED 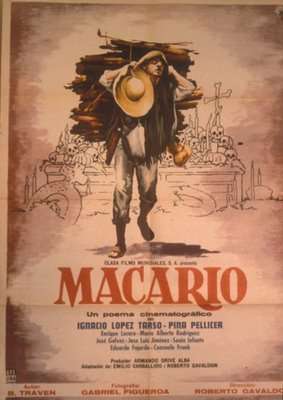 Quote:
The enigmatic B. Traven is certainly one of the most amazing figures in modern literature, as to this date his true identity remains an unsolved mystery. Better known for having written the novel “The Treasure of the Sierra Madre” (the basis for John Huston’s film), the mysterious writer who claimed to be American (although clues point out to he being German) traveled to Mexico where he became fascinated with the country’s rich culture and difficult social situations. “Macario” (or “Der Dritte Gast”, literally, “The Third Guest”) is probably one of his best known works (after the afore mentioned “Treasure of the Sierra Madre”), and the source novel of one of Mexico’s most fascinating and beautiful films. END_OF_DOCUMENT_TOKEN_TO_BE_REPLACED 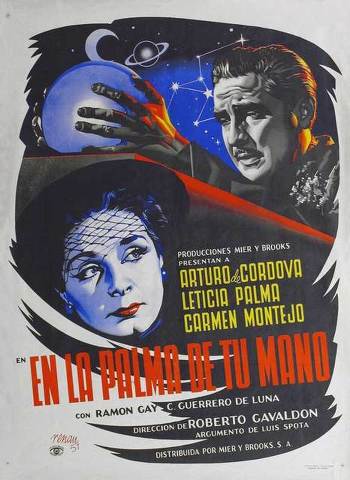 Here’s a gem of mexican film making and a must for any real film noir fans.
En la Palma de tu Mano (In the Palm of your Hand) is Roberto Gavaldón’s(Macario1960) masterpiece and one of the best mexican movies ever made.

The movie centers around the Characther of Jaime Karin (Arturo de Córdova from Buñuel’s El) an astrologer and scam artist who gets involved in a game bigger than him. END_OF_DOCUMENT_TOKEN_TO_BE_REPLACED