Quote:
A musical adaptation of Colin MacInnes’ novel about life in late 1950s London. Nineteen-year-old photographer Colin is hopelessly in love with model Crepe Suzette, but her relationships are strictly connected with her progress in the fashion world. So Colin gets involved with a pop promoter and tries to crack the big time. Meanwhile, racial tension is brewing in Colin’s Notting Hill housing estate… END_OF_DOCUMENT_TOKEN_TO_BE_REPLACED

In the post-apocalyptic world of 1960s Nevada, a rock ‘n’ roll samurai on his way to Lost Vegas takes a young orphan boy under his protection as Death and his metalhead Horsemen chase after them. END_OF_DOCUMENT_TOKEN_TO_BE_REPLACED

Synopsis:
An Eastern cult discovers that the sacrificial ring is missing. Sir Ringo Starr, drummer of The Beatles has it; sent by the girl (who’s to be sacrificed) as a gift. Clang, Ahme, Bhuta, and several cult members leave for London to retrieve the ring. After several failed attempts to steal the ring, they confront him in an Indian restaurant. Ringo learns that if he does not return the ring soon, he will become the next sacrifice. Ringo then discovers that the ring is stuck on his finger. Its a race against time; John Lennon, Sir Paul McCartney, and George Harrison try to protect their friend while they’re all being chased not only by Clang and his minions, but also by two mad scientists and the Chief Inspector of Scotland yard. Will Ringo be saved, or will he be sacrificed? END_OF_DOCUMENT_TOKEN_TO_BE_REPLACED

Quote:
Jennie (Susan Strasberg) travels to San Francisco to locate her hippie brother Steve (Bruce Dern). She meets Stoney (Jack Nicholson) in a coffeehouse and he helps her look for Steve, who Stoney has seen in his various attempts to start a rock & roll band. Stoney and his pals transform the square girl into a swinging hippie chick, complete with a mod miniskirt. Along with their buddy Dave (Dean Stockwell), they search for Steve amidst the psychedelic splendor of the Haight-Ashbury hippie haunts. Dave is killed by a car when he wanders around in an STP-induced stupor. END_OF_DOCUMENT_TOKEN_TO_BE_REPLACED 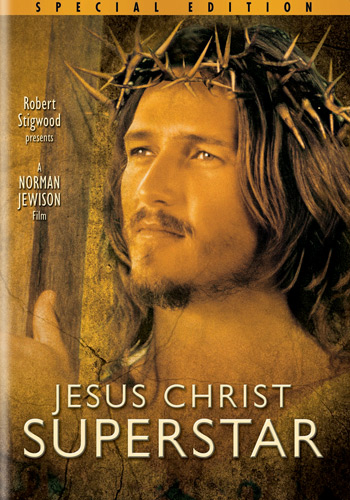 Quote:
The second Biblical epic to be turned into a musical by composer Andrew Lloyd Webber and lyricist Tim Rice, this box-office disappointment recounts the last week in the life of Jesus Christ in rock-opera format and from the surprising point of view of Christ’s betrayer, Judas Iscariot. Carl Anderson stars as Judas, who has begun to believe that Jesus (Ted Neeley) has sold out and started buying into the mythology that’s quickly springing up around him. Particularly disturbing to Judas is the relationship between Jesus and his friend Mary Magdalene (Yvonne Elliman), a prostitute. When Jesus throws a temper tantrum at the moneylenders in a temple, Judas determines to work with the Pharisees who want to put Jesus on trial as a false prophet. Following his success with the adaptation of Fiddler on the Roof (1971), director Norman Jewison experimented with a hippie-influenced sensibility on Jesus Christ Superstar (1973). Among such touches are depictions of the cast arriving via bus to mount the show, modern high-tech weaponry in the hands of the ancient Romans, and on-location filming in Israel.
END_OF_DOCUMENT_TOKEN_TO_BE_REPLACED 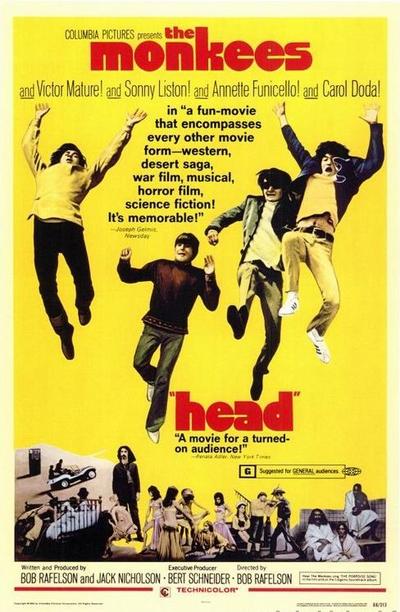 Running in from seemingly nowhere, Micky Dolenz, Davy Jones, Michael Nesmith & Peter Tork – better known collectively as The Monkees – disrupt a bridge opening ceremony. From where and why did they come to disrupt the proceedings? They were filming a series of vignettes in several different genres, including a wild west sequence, a desert war sequence, a Confederate war sequence, and a science fiction sequence. They disagree with much of what is happening around them, and try to figure out how to escape the oppression they feel – symbolized by a big black box in which they are seemingly imprisoned – by the forces around. That oppression is often shown in the form of “The Big Victor Mature”. END_OF_DOCUMENT_TOKEN_TO_BE_REPLACED