Parisian tailor Maurice Courtelin (Maurice Chevalier) goes to the chateau of the Duke d’Artelines (C. Aubrey Smith) to collect a debt owed by a spendthrift nephew, the Viscount Gilbert de Varèze (Charlie Ruggles), Maurice passes as a Count and interacts with other members of the household, including the nervous bookworm the Count de Savignac (Charles Butterworth) and the near-nymphomaniac Countess Valentine (Myrna Loy). But he falls madly in love with Princess Jeanette (Jeanette MacDonald) and slowly wins her to his side. Now, how does Maurice explain to her that he’s nothing but a tailor? END_OF_DOCUMENT_TOKEN_TO_BE_REPLACED

Synopsis:
Set against the background of the Battle of Waterloo, Becky Sharp is the story of Vanity Fair by Thackeray. Becky and Amelia are girls at school together, but Becky is from a “show biz” family, or in other words, very low class. Becky manages to insinuate herself in Amelia’s family and gets to know all their friends. From this possibly auspicious- beginning, she manages to ruin her own life, becoming sick, broke, and lonely, and also ruins the lives of many other “loved ones”. In the movie we get to see the class distinctions in England at the time, and get a sense of what it was like for the English military at the time of the Napoleonic wars. END_OF_DOCUMENT_TOKEN_TO_BE_REPLACED 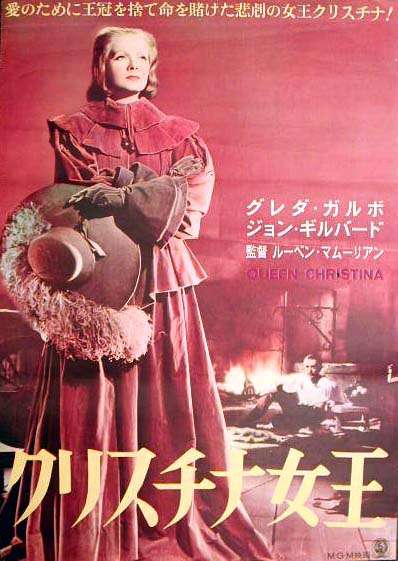 Quote:
Greta Garbo Appears as Queen Christina of Sweden in Her First Film in More Than Eighteen Months.
Soon after entering the Astor Theatre last night for the presentation of Greta Garbo’s first picture in eighteen months, the spectators were transported by the evanescent shadows from the snow of New York in 1933 to the snows of Sweden in 1650. The current offering, known as “Queen Christina,” is a skillful blend of history and fiction in which the Nordic star, looking as alluring as ever, gives a performance which merits nothing but the highest praise. She appears every inch a queen. END_OF_DOCUMENT_TOKEN_TO_BE_REPLACED 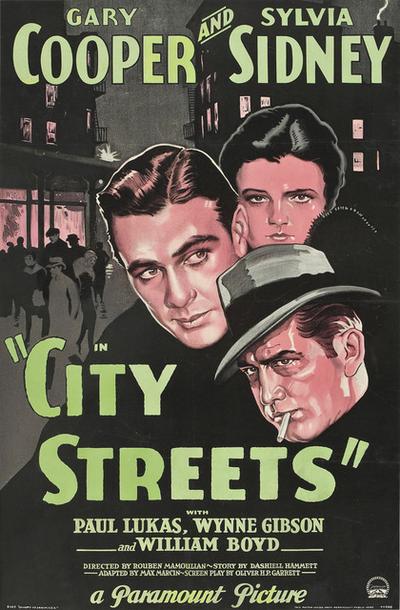 Nan, a racketeer’s daughter, is in love with The Kid, a shooting gallery showman. Despite Nan’s prodding, The Kid has no ambitions about joining the rackets and making enough money to support Nan in the lifestyle she’s accustomed to. Her attitude changes after her father implicates her in a murder and she’s sent to prison. During her incarceration, her father convinces The Kid to join the gang in order to help free Nan. When Nan is released, she wants nothing more to do with the mob and tries to get The Kid to quit, but she may be too late. END_OF_DOCUMENT_TOKEN_TO_BE_REPLACED 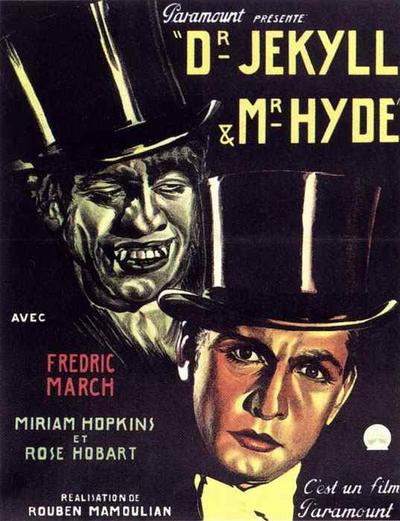 Wally Westmore’s make-up for Hyde, simian and hairy with tusks influenced greatly the popular image of Hyde in media and comic books (the American Classics Illustrated edition of Jekyll and Hyde clearly based its design of Hyde on the Fredric March movie, although it is more toned down); in part this reflected the novella’s implication of Hyde as embodying repressed evil and hence being semi-evolved or simian in appearance. END_OF_DOCUMENT_TOKEN_TO_BE_REPLACED