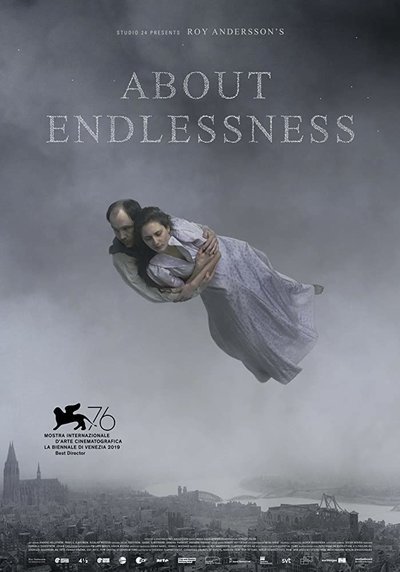 With ABOUT ENDLESSNESS, Roy Andersson adds to his cinematic oeuvre with a reflection on human life in all its beauty and cruelty, its splendour and banality. END_OF_DOCUMENT_TOKEN_TO_BE_REPLACED

“A selection of Andersson’s droll little capitalist nightmares (‘the best in the world’ according to Ingmar Berman) featuring color-drained people who have ceased to be consumers and become the consumed. Middle-aged newlyweds pound one another’s skulls with appliances; new purchases bring disasters; and an infamous ad for Sweden’s Social Democratic Party rhetorically asks ‘Why Should We Care About One Another’ as nurses offhandedly toss patients around rooms, teachers shake down kids for lunch money, and commuters kick a man while he’s down” (Jason Sanders, Pacific Film Archive). END_OF_DOCUMENT_TOKEN_TO_BE_REPLACED

END_OF_DOCUMENT_TOKEN_TO_BE_REPLACED 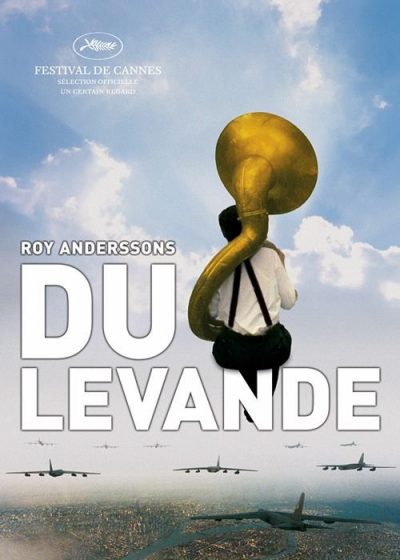 Quote:
Or, you, the living dead. The motley bunch of sad-looking characters that inhabit this series of vaguely-connected episodes of modern Stockholm life that sit somewhere between Kaurismäki, Buñuel and the Far Side cartoons all look as if they died days ago: their skins are white and drooping and their eyes look dead in their sockets. That’s life, though, Swedish director Roy Andersson seems to be saying in this most maudlin of feature-length comedy sketch shows which recalls the gallows humour of his ‘Songs from the Second Floor’ (2000). END_OF_DOCUMENT_TOKEN_TO_BE_REPLACED 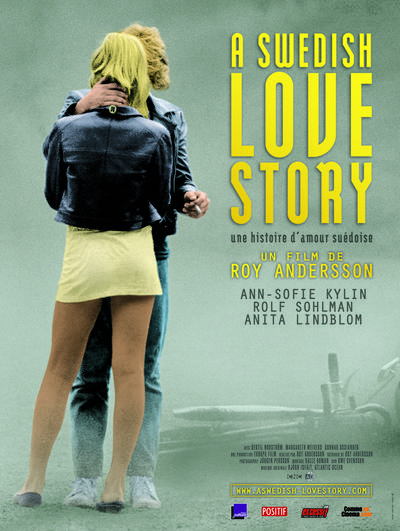 Author of very few works – four films in thirty-seven years, including Songs from the Second Floor (2000) and You, the Living (2007) – Roy Andersson made his first film in 1970, a tale of adolescent love set against the backdrop of a cruel tableau of the petite bourgeoisie wedged between conformity and frustration. Rediscovered now, A Swedish Love Story (En Kärlekshistoria) shows the inauguration of a critical gaze that has never deviated from its just distance. END_OF_DOCUMENT_TOKEN_TO_BE_REPLACED 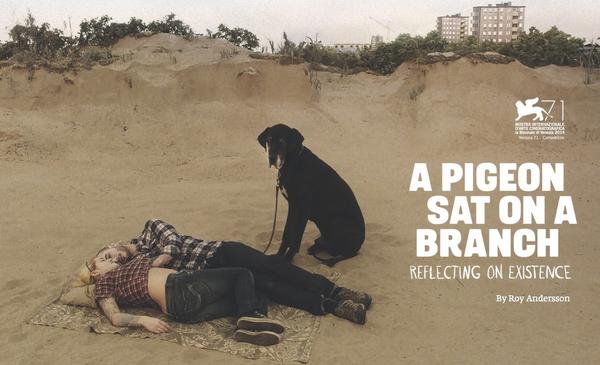 Synopsis:
Like modern times’ Don Quixote and Sancho Panza, Sam and Jonathan, two travelling salesmen peddling novelty items, take us on a kaleidoscopic wandering through human destinies. A trip that shows us the beauty of single moments, the pettiness of others, the humour and tragedy that is in us, life’s grandeur as well as frailty of humanity. A Pigeon Sat on a Branch Reflecting on Existence was Awarded Golden Lion for Best Film at the 2014 Venice International Film Festival. END_OF_DOCUMENT_TOKEN_TO_BE_REPLACED 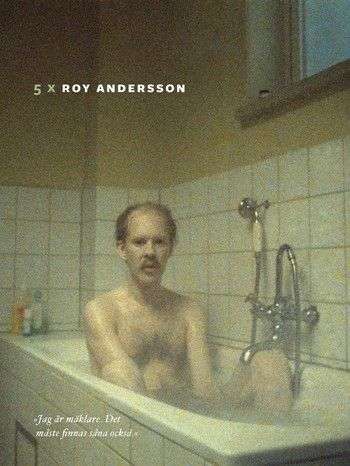 Quote:
In Roy Andersson’s film work, the ambition is to come as close to the truth as possible. In some instances this objective has put Andersson in a difficult position with those who commission works from him. One example is the film Something Happened – an information film about AIDS, commissioned by the Swedish National Board of Health and Welfare – on which he began work in 1986. When Andersson in 1987 had three-fourths of the film completed, the Board forced him to stop production. The official explanation was that the film was too dark in its message, and it went unseen by the public for a number of years. END_OF_DOCUMENT_TOKEN_TO_BE_REPLACED