Quote:
When a gentlewoman is found dead with her throat torn out, the villagers blame a supernatural monster. But Sherlock Holmes, who gets drawn into the case from nearby Quebec, suspects a human murderer. END_OF_DOCUMENT_TOKEN_TO_BE_REPLACED

Synopsis:
Holmes is hired by Roland Carstairs to prevent the theft of the Star of Rhodesia, an enormous diamond owned by Carstairs’ mother, Lady Margaret. Believing the diamond will be stolen on a train trip from London to Edinburgh, Holmes deftly switches diamonds with Lady Margaret while in her compartment. Soon after, Roland is murdered and the fake diamond is stolen. Red herrings abound as Holmes, aided by Dr. Watson and Inspector Lestrade, discover the murderer’s hiding place and deduce that long-time foe Moriarty’s henchman Colonel Sebastian Moran is somehow involved in the crime. END_OF_DOCUMENT_TOKEN_TO_BE_REPLACED

Synopsis:
Larry Talbot finds himself in an asylum, recovering from an operation performed by the kindly Dr. Mannering. Inspector Owen finds him there, too, wanting to question him about a recent spate of murders. Talbot escapes and finds Maleva, the old gypsy woman who knows his secret: when the moon is full, he changes to a werewolf. She travels with him to locate the one man who can help him to die – Dr. Frankenstein. The brilliant doctor proves to be dead himself, but they do find Frankenstein’s daughter. Talbot begs her for her father’s papers containing the secrets of life and death. She doesn’t have them, so he goes to the ruins of the Frankenstein castle to find them himself. There he finds the Monster, whom he chips out of a block of ice. Dr. Mannering catches up with him only to become tempted to monomania while using Frankenstein’s old equipment. END_OF_DOCUMENT_TOKEN_TO_BE_REPLACED 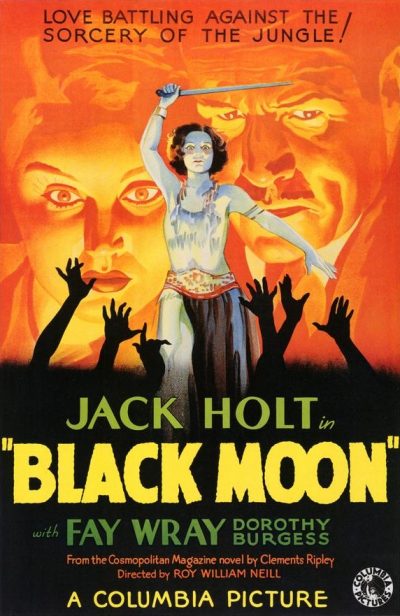 In the 1930s and 1940s, it seems like nothing scared white America like being outnumbered by Negroes. An endless stream of African jungle adventure films came out exploiting that fear, as did a number of voodoo tales — Black Moon being one of the earliest. Unlike predecessor White Zombie and successor I Walked with a Zombie, Black Moon details a white woman’s encounter with voodoo without dragging in those precocious living dead. This well-made but obscure flick takes place on the fictional Caribbean isle of San Christopher, the birthplace of said white woman, Juanita Perez Lane (Dorothy Burgess). END_OF_DOCUMENT_TOKEN_TO_BE_REPLACED 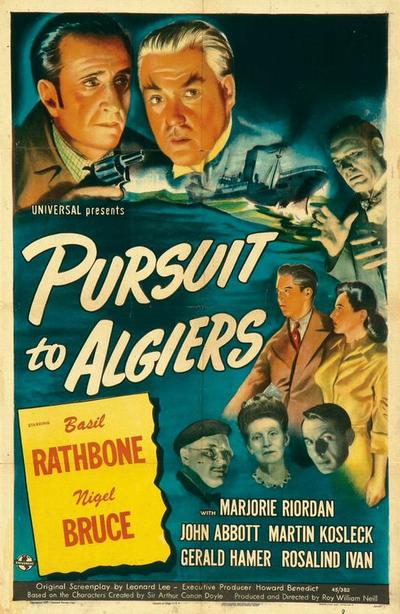 Holmes is recruited to escort the heir to a European throne safely back to his homeland after his father’s assassination. END_OF_DOCUMENT_TOKEN_TO_BE_REPLACED