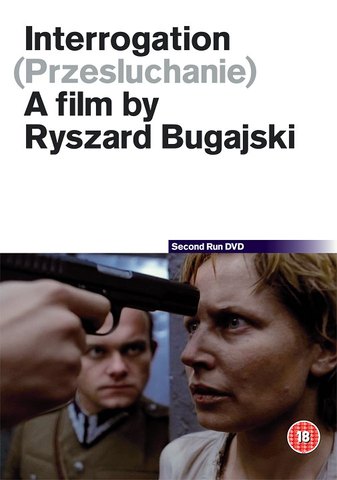 Ryszard Bugajski’s Przesluchanie (Interrogation) is a powerful movie about a certain time in Polish history, that was marked by censorship and oppression and this is where Antonina ‘Tonia’ Dziwisz is caught up in. Played by one of Poland’s most remarkable actresses, Krystyna Janda, it is her that along with the wonderful cinematography work and realistic portrayal of prison conditions makes this movie so incredible. It is through her eyes that we see the story unfold and the suffering of her and her prison inmates (with some great co-acting by the likes of Agnieszka Holland). This is along with Krzysztof Kieslowski’s and Andrzej Wajda’s finest work one of the defining moments of Polish cinema, and beyond that. Certainly one of the most powerful prison movies ever made in my book, not just within the perspective of Polish or European cinema as such. And in the wake of events like Guantanamo bay or Abu Ghraib it still is as fresh and important with the covered subject as it was when it was made, reminding us how things could go horribly wrong within a judicial and in the end prison system. Due to it’s critical stance at the time of making, it was banned by the local government for 7 years, until the Soviet bloc broke up. An extremely powerful reminder of that time. END_OF_DOCUMENT_TOKEN_TO_BE_REPLACED