Ms. Cambronne, of British origin, to whom much has been said the “word” of her husband, the press questions in order to know the meaning. But the general refused any explanation and continues to be silent. Finally, Adele, a pretty maid, will build Ms. Cambronne uttering the famous words in a moment of awkwardness. END_OF_DOCUMENT_TOKEN_TO_BE_REPLACED

Jean Renneval, a mature and attractive stage actor, seduces Thérèse Verdier, a beautiful woman whom he notices attending the play one evening. Henri Verdier, her husband, is about to leave in a business appointment, but he makes arrangements with Henriette – Thérèse’s friend – to stay at his place, and sleep there after dinner. He has learned from his first two earlier wives: Lucie cuckoo-ed him with Hector van Broken, his look-a-like; and Juliette with the sultan Hammanlif. His friend Marinier goes with him in the car to the railway station, and during their conversation, Verdier decides to return home – only to find he has been betrayed a third time. Renneval leaves the bedroom already dressed and composed with his costume of cardinal, and with his rhetoric convinces Verdier to accept his fate. END_OF_DOCUMENT_TOKEN_TO_BE_REPLACED

Plot: Jojo’s ambition is to become a gangster, but to be admitted into a gang he has to prove himself by committing a daring act. To that end, he kills someone in broad daylight, not knowing that his victim is an actor who is playing a scene in a film directed by a cranky film-maker (Darry Cowl). The murder is caught on film, leading Commissaire Bernard (Michel Simon) to think that the killer will be easy to find. Sure enough, Bernard soon makes his arrest, a clown from a circus, but then he faces an almost insurmountable problem. The clown has an identical twin, who is also a clown with the same circus. Both men claim to be innocent… END_OF_DOCUMENT_TOKEN_TO_BE_REPLACED 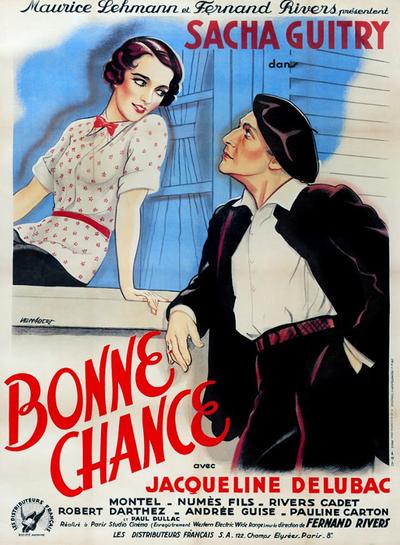 ‘Linen maid Marie is surprised when one of her neighbours, an impoverished artist named Claude, wishes her “good luck” one day. When a client gives her a present, Marie is convinced that Claude’s salutation will indeed bring her good luck, so she goes and buys a lottery ticket. She immediately tells Claude that if she wins, she will share her winnings with him. Naturally, Marie wins the jackpot but Claude is reluctant to take his share. He agrees only when Marie accepts his proposal that they spend twelve days together, living the high life on Claude’s winnings. Although she is engaged to be married, Marie accepts, and they set off on the holiday of a lifetime…’
– Films de France END_OF_DOCUMENT_TOKEN_TO_BE_REPLACED 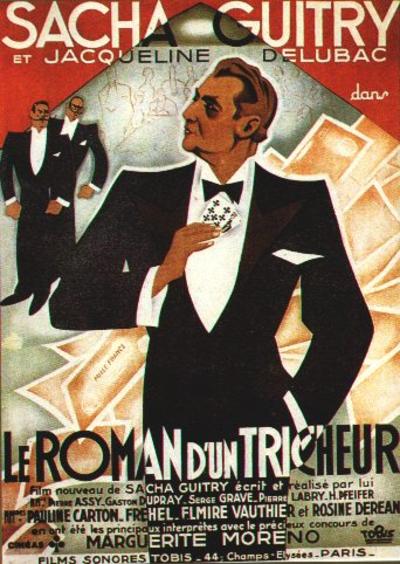 Synopsis
The story of the cheat begins and ends with personal misfortune. When he was a young boy, our hero was caught stealing money from the family shop. As a punishment, he was not allowed to join his family on their picnic. They ate mushrooms and died of food poisoning, he survived and was placed in the care of his unscrupulous aunt and uncle, who intended to rob him of his inheritance. Years later, our hero ends up as a croupier in a casino at Morocco. There, he is about to embark at what looks like being a very lucrative career – as a professional cheat. END_OF_DOCUMENT_TOKEN_TO_BE_REPLACED