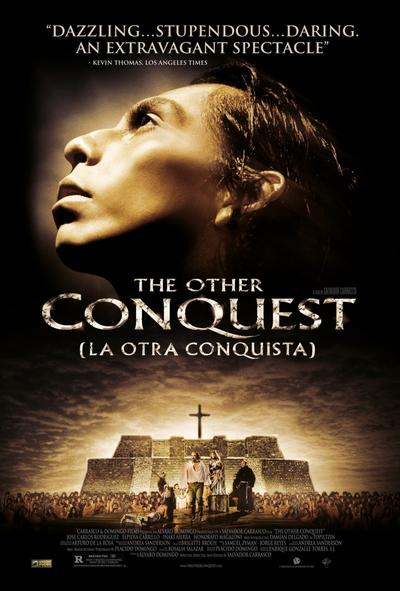 It is May 1520 in the vast Aztec Empire one year after the Spanish Conqueror Hernán Cortés’ arrival in Mexico. “The Other Conquest” opens with the infamous massacre of the Aztecs at the Great Temple of Tenochtitlan. The sacred grounds are covered with the countless bodies of priests and nobility slaughtered by the Spanish Armies under Cortés’ command. The lone Aztec survivor of the massacre is a young Indian scribe named Topiltzin Topiltzin, who is the illegitimate son of the Aztec Emperor Moctezuma, survives the onslaught by burying himself under a stack of bodies. As if awakening from a dream, the young man rises from among the dead to find his mother murdered, the Spanish in power and the dawn of a new era in his native land. A New World with new leaders, language, customs… and God. END_OF_DOCUMENT_TOKEN_TO_BE_REPLACED