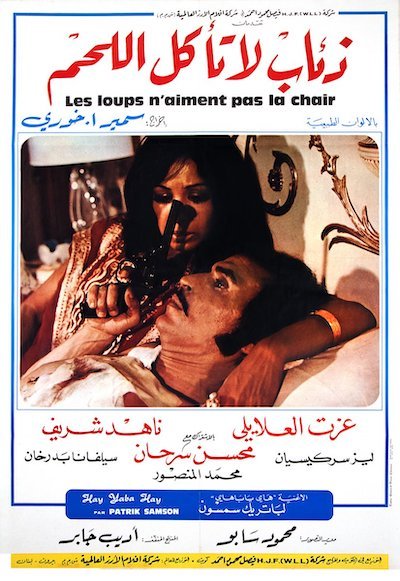 From IMDB:
I was very curious to see this Egyptian action/crime thriller from 1973, and boy, was it worth the wait! Similar in a lot of ways to the Italian films of this type, this one features gun fights, car chases, lots of nudity, askew camera angles, lots of hand-held camera work (though more out of budgetary constraints, than any post-modern considerations, ala Michael Bay, Tony Scott, etc), and just plain weirdness. A few scenes are effectively done in the style of giallos, and there’s quite a few surprises in the deceptively linear story. Some scenes and effects are laughably inept (like the point blank shooting of a naked woman where the squib turns out to be dry…!?), but the overall package is so deliriously trippy, you hardly mind the flubs. there is even a touch of lesbianism and a (possible) hint of incest in the script, which is familiar in places but accumulates enough elements to appear somewhat unique. But despite the crudeness of style and the sleaze, the film manages to say something meaningful, and end on a poignant note…just when I thought it was going towards a more happy ending. I love this baby, and I want to see more Arabic films like this one (if indeed there are any). apparently the film was later banned in Egypt, but that’s all good in my book. END_OF_DOCUMENT_TOKEN_TO_BE_REPLACED