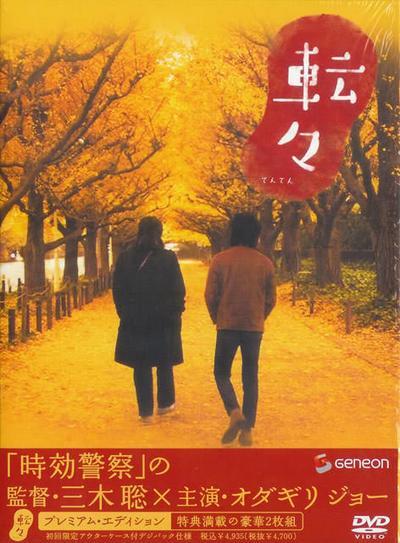 Quote:
“To see Tokyo in all it’s wacky and scenic splendor, take a long walk with Tenten (a.k.a. Adrift in Tokyo). The latest from director Miki Satoshi (Insects Unlisted in the Encyclopedia ), Tenten is a brilliantly manic road comedy starring the unbeatable tag team of Odagiri Joe (Tokyo Tower – Mom & Me, and Sometimes Dad) and Miura Tomokazu (The Taste of Tea). Both actors are playing roles they could do in their sleep – prickly middle-ager and slacker student with unfortunate hair – and they bring the exact combination of calm calamity and charismatic craziness the film calls for. In the grand tradition of male bonding road movies, Tenten is just the aimless story of two strange guys walking around Tokyo for a few days and the stranger adventures they encounter – and yet, it’s so much more. Underachieving law student Takemura (Odagiri Joe) – on his eighth year and counting – has racked up quite a sizable debt in the name of higher education. The urgency of his financial situation announces itself in the form of hot-tempered debt collector Fukuhara (Miura Tomokazu), who comes bursting into his apartment one night demanding payment and threatening painful repercussions. Short of hitting it big on pachinko, Takemura has no idea how he can possibly pay back the sum. As the deadline closes in, Fukuhara makes Takemura an unexpected proposition: walk with him from Kichijoji (in western Tokyo) to Kasumigaseki (in central Tokyo), and he’ll pay the indebted student one million yen, enough to cover his debt. Bewildered but in no position to argue, Takemura hits the road with Fukuhara who, it turns out, just killed his wife and wants to turn himself in at a specific police station in Kasumigaseki. Getting there will take some time though, because many wacky people (including Koizumi Kyoko as a club madam) and surprise detours await them on the road in between.” END_OF_DOCUMENT_TOKEN_TO_BE_REPLACED 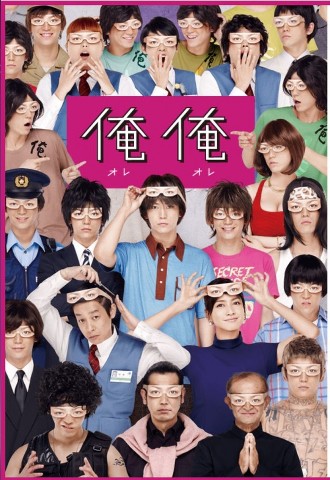 Hitoshi Nagano (Kazuya Kamenashi), who works at an electronics store, picks up a cellphone left behind by a customer and goes about a scam. He calls the person’s mother and pretends to be her son. He then gets the mother to transfer money to his bank account. Soon, Hitoshi gets a lot more than he bargained for. END_OF_DOCUMENT_TOKEN_TO_BE_REPLACED