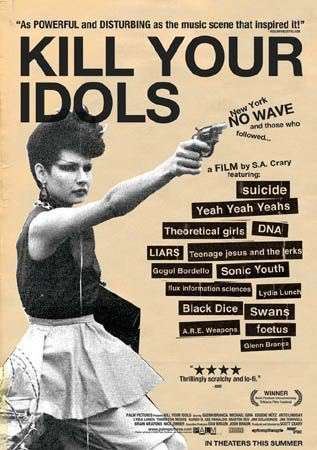 Quote:
A thrilling, comprehensive guide to New York’s buzzing downtown underground post-punk scene. Director Scott Crary kicks things off with the birth of No Wave in the late 1970’s, providing an angular rush with a priceless collection of live performances from Suicide, Teenage Jesus and the Jerks, the Theoretical Girls and DNA. From this initial explosion of artistic energy, the film moves through the 1980’s, passing the torch to Thurston Moore and Lee Renaldo of Sonic Youth and Michael Gira of Swans, before crashlanding in the noisy Now! of the Yeah Yeah Yeahs, Black Dice, Liars, A.R.E. Weapons and the Gypsy stylings of Gogol Bordello. Interviews connect the threads between the past and the present, an ever-fertile scene is defined, celebrated and trashed with equal amounts of enthusiasm, and the creators of some of the most challenging rock music of all-time get to explain what they do, why they do it and where it’s all heading. – palmpictures.com END_OF_DOCUMENT_TOKEN_TO_BE_REPLACED