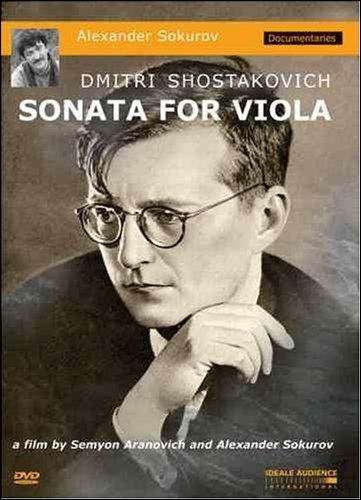 Quote:
The life and work of the great Russian composer Dmitriy Shostakovich is presented in this documentary through rare images and audios from many archives, at one time censored by the Soviet government. A brief take on his life, from his transition as an early prodigy to a first rate artist, his celebrated compositions and the final years with a declining health. END_OF_DOCUMENT_TOKEN_TO_BE_REPLACED

Quote:
A deeply moving and reverent biopic of Soviet composer and pianist Dmitri Shostakovich. It’s co-directed by Aleksandr Sokurov (“The Russian Ark”) and veteran filmmaker Semyon Aranovich. Shostakovich was born in St. Petersburg in 1906 and died in Moscow in 1975. The understated black-and-white biopic follows Shostakovich as a frail young man as seen through photographs and traces his life through personal documents, recorded appearances, and concert performances of his work set against archival footage of daily life in the Soviet Union. It shows him during his glory days of early critical acclaim until his disfavor under Stalin because of his political views and struggle for creative freedom. He was honored in 1958, five years after Stalin’s death, by his country, as he was awarded the second Order of Lenin after graciously not accepting it a year earlier in order for the first Order of Lenin to be posthumously awarded to Sergei Prokofiev. He was recognized for his genius in composing the 7th Symphony during the Second World War, which was an uplifting reminder of the war. It opens with the scene set in a besieged Leningrad. Shostakovich’s dream was to bring his music to the masses and give his people an appreciation for their rich culture. The title comes about because Shostakovich’s “Sonata for Violin” was the only work he composed that he never heard performed. The film, made in 1981, was discovered after it was buried to hide it from the KGB, who at an earlier date banned it.
END_OF_DOCUMENT_TOKEN_TO_BE_REPLACED