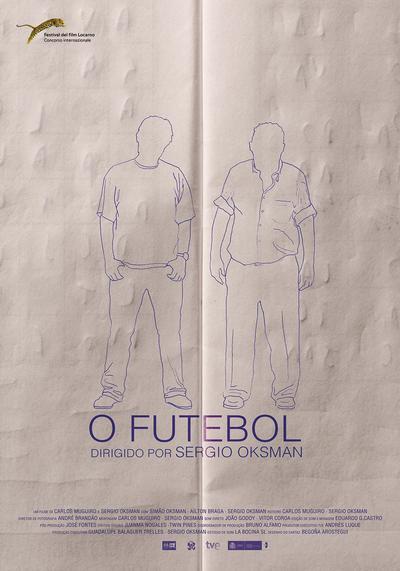 Synopsis:
Filmmaker Sergio Oksman hasn’t seen his father Simão for 20 years. On the eve of the World Cup in Brazil, Oksman returns to his birth city of São Paolo, intending to watch the tournament together with his dad just as they used to. On Football follows the two men and the World Cup as they experience it: how they watch the games (at work, in a parking garage or a bar) and their furious attempts to make up for lost time. Things don’t go all that smoothly between Sergio and Simão – actually, they only manage to have a good talk if it’s centered around soccer. They reconstruct their past using matches, players and goals. During the Germany-Portugal game, they watch old home movies, including from Simão’s wedding. With the tightly framed shots and static camera angles, Oksman creates a shadow play in which father and son each play their role. But as firmly as he directs, both his father and reality end up more obstinate than he expected. It results in a touching and abrasive telling of time slipping past, with an old man finally realizing what time it is. END_OF_DOCUMENT_TOKEN_TO_BE_REPLACED