Quote:
Following a deadly bus hijacking in southwest Japan, the three survivors–Makato (Koji Yakusho), the bus driver; Kozue (Aoi Miyazaki), a young girl; and Naoki (Masaru Miyazaki), her older brother–find further tragedy in their personal lives. When the traumatized Makato eventually contacts Kozue and Naoki two years later, he moves into their home and becomes a father figure for the two children, who have stopped speaking. The trio are then joined by Akihiko (Yohichiroh Saitoh), Kozue and Naoki’s college student cousin, and together this odd surrogate family embarks on a road trip across Japan. However, a string of murders appears to be following them and threatens to permanently disrupt their quest to regain normal lives. END_OF_DOCUMENT_TOKEN_TO_BE_REPLACED

My God, my God, why hast thou forsaken me?
On the same day of this word created from the depth of despair, the Christ passed away on the cross, A.D.2015, Virus has been spreading in many cities worldwide. It is a suicidal disease. The virus is infected by pictures. People, once infected, certainly come down with the disease, which leads to death. They have no way of fighting against the disease filled with fear and despair. The media calls the disease the Lemming Syndrome. END_OF_DOCUMENT_TOKEN_TO_BE_REPLACED

Quote:
Kaoru, a woman in her 30s, is married to an older, blind and apparently mute man, whom she cares for in a house in a small coastal town on the Izu Peninsula. She claims to be dependent on him, but what binds them does not seem to be love. In her wandering, Kaoru discovers the bar of an association. END_OF_DOCUMENT_TOKEN_TO_BE_REPLACED

Shinji Aoyama – Roji e: Nakagami Kenji no nokoshita firumu aka To the Alley – The films Kenji Nakagami left out (2001)

Kenji Nakagami one of the most notable Japanese writers of the post-war died in 1992. Is work reveals a strong connection to is homeland, Kishu: a mountainous region which connects to the pacific ocean trough a river. “To The Alley” (alternative title) is a documentary about Kenji’s life. Recurring to 16 mm images from the writer’s personal archive and adding new footages the director Aoyama travels trough the paths of the life and art of the Japanese writer. END_OF_DOCUMENT_TOKEN_TO_BE_REPLACED

Kenji, abandoned by his mother, scrapes out a meager existence doing odd jobs including driving bar hostesses and their customers home. Besides this he takes care of the sister of an old friend in jail and a young illegal immigrant. But his life reaches a turning point when he happens to meet Chiyoko, his long lost mother. She is now married to Mamiya, the owner of an express package delivery service. They also have a teenage son, Yusuke. Subdued feelings of alarm, discomfort and resentment between Chiyoko, Kenji, and his half brother Yusuke hide underneath and are seemingly caused by the inseparable blood ties that seem to wield control over everyone’s destiny. Is blood that powerful? What exactly defines a mother or a father? While Kenji struggles with these questions and attempts to escape his fate, Chiyoko seems content to let these issues unfold and find a solution. Where will it ultimately lead them? END_OF_DOCUMENT_TOKEN_TO_BE_REPLACED 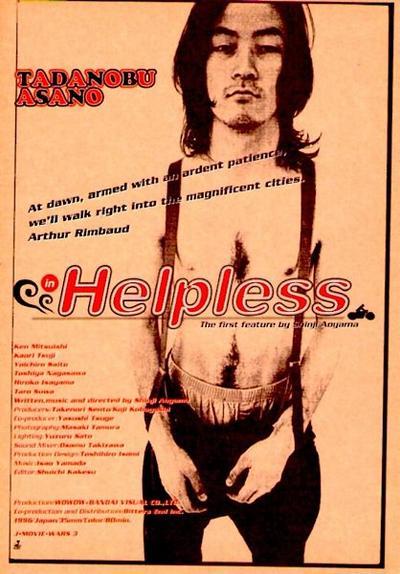 Yasuo is a gangster just released from jail. Believing his boss double-crossed him, enraged Yasuo is on his way to find the boss. But before setting out for the dangerous trip, Yasuo asks Kenji to take care of his mentally challenged sister, Yuri, and a mysterious black bag. END_OF_DOCUMENT_TOKEN_TO_BE_REPLACED