Synopsis: A mountain man from Hokkaido comes to Tokyo in search of the woman he loves, but has to brave the city’s dystopic underworld of gladiatorial fights and underground opera to rescue her. END_OF_DOCUMENT_TOKEN_TO_BE_REPLACED

A haunting tale of destiny and life’s unpredictability: an elite bureaucrat, humbled by an incident which ruined his promising career, has a chance encounter with a glamorous hostess, heartbroken by her husband’s death. END_OF_DOCUMENT_TOKEN_TO_BE_REPLACED

Tuna fishing. It doesn’t exactly evoke the stuff of drama, yet very dramatic is this gripping yarn (puns intended) about the solemn, solitary lives of the men who catch what ends up as our sushi and sashimi. Opening with a shot of a young couple traversing sand dunes, the woman posits a question – women or fishing? This question fuels the drama of the next two-plus hours. – See more at: link END_OF_DOCUMENT_TOKEN_TO_BE_REPLACED

Synopsis:
High school student Hoshi Izumi (Yakushimaru Hiroko) is just a normal teenaged schoolgirl, except for the fact that her father is a yakuza boss. When her father suddenly dies, Izumi inherits his position as the clan head. Pulled into the wheeling, dealing, and fighting of the mob world, Izumi slowly comes into her own as she leads the gang in search of her father’s murderer. END_OF_DOCUMENT_TOKEN_TO_BE_REPLACED

Aspiring to be admitted to a good university and to become a lawyer, Tasiro Yuusuke, a tenth-grader from Kyushu, enrols in a prestigious high school in Tokyo. Plans are made for him to live in his uncle’s house, part of which is rented out while his uncle is abroad on business. A realtor’s mistakes leaves Tasiro sharing the house with Kei Yamaba, the most beautiful girl in the school, who is also his classmate. There is the risk that their unexpected ‘co-habitation’ will be discovered by the school authorities. While he grows increasingly attracted to her, he is often irritated by her innocent and nonchalant attitude towards their predicament. They each develop other romantic attachments, but end up turning to each other. END_OF_DOCUMENT_TOKEN_TO_BE_REPLACED 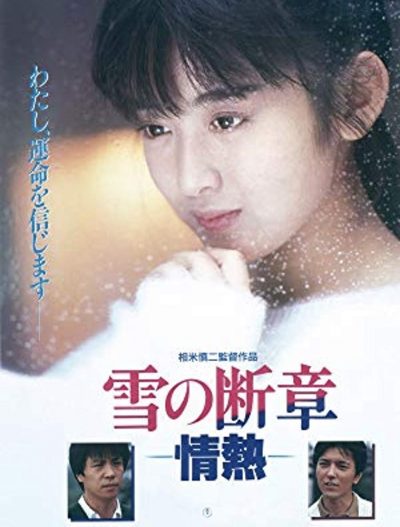 Quote:
The story deals with a young girl getting adopted by a family that holds her like a slave and then being “freed” by a young man working for this family´s company. 10 years later she gets involved in the murder of one of her step-sisters. END_OF_DOCUMENT_TOKEN_TO_BE_REPLACED