Shûe Matsubayashi & Hugo Grimaldi – Hawai Middowei daikaikûsen: Taiheiyô no arashi AKA Storm Over the Pacific AKA I Bombed Pearl Harbor (1960) 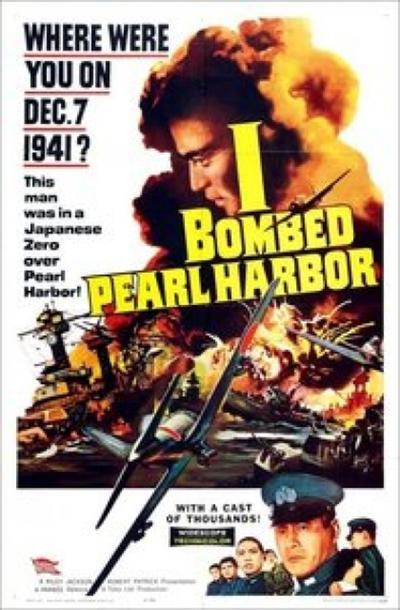 Synopsis:
On December 1, 1941, a Japanese fleet of 30 warships sails for Hawaii; when diplomatic negotiations in Washington fail, the task force commander, Adm. Isoroku Yamaguchi, receives orders to attack Pearl Harbor. Following the devastating aerial assault on December 7, flight navigator Koji Kitami returns to Japan and Keiko, his childhood sweetheart. Although deeply in love with the young woman, Koji fears that marriage will make him less worthy as a naval officer. During the next few months, he participates in many successful raids on U. S. and British ships and planes, but during the battle at Midway he becomes less certain of the invincibility of the Japanese fleet. While he is aboard the carrier Hiryu , the vessel is attacked by U. S. dive bombers and badly damaged. Officers order the ship abandoned, but rather than leave it as a prize of war, a Japanese destroyer is given instructions to sink the carrier. As the Hiryu goes down, Koji and others give a final salute.
— TCM.com END_OF_DOCUMENT_TOKEN_TO_BE_REPLACED