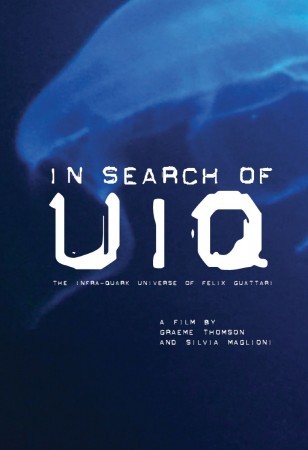 FOR THOSE WHO WANTS LOVE AND FREEDOM
In Search of UIQ unfolds the story of Félix Guattari’s lost science-fiction screenplay, Un Amour d’UIQ. Conceived during the 1980s, this unmade film imagines the discovery of the Infra-quark Universe (UIQ), an alien intelligence from a parallel dimension that falls in love with one of its human hosts, an event which has catastrophic consequences for the whole planet. Moving between documentary, fiction and essay, through the deployment of video, film and sound archives, letters and other documents that are enmeshed in a series of fabulations, In Search of UIQ explores what the cinema of the Infra-quark might have been (and may still become) and considers its rapport with key social and political transformations of our time from autonomist struggles to the digital recoding of life. END_OF_DOCUMENT_TOKEN_TO_BE_REPLACED