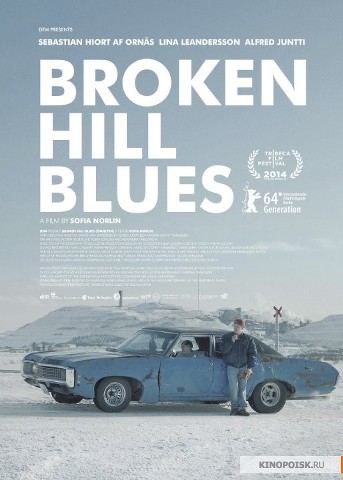 Underground explosions cause the snow to flutter down from the trees and the houses to shake. The ground beneath Kiruna is so brittle that soon all the inhabitants of Sweden’s northernmost town will have to move to another place. It seems the mining company has decided everyone’s future – for good or for bad. In her first feature film, which only has sparse dialogue and is more a series of atmospheric images than a linear story, the director describes the feelings of the young people who live here. Markus has no interest in anything except cars and resists all of his parents’ well-intentioned attempts to give him advice. Daniel has big problems with his father who is addicted to alcohol. Both lads are continuously on edge. The sound of heavy machinery, the squealing of conveyor belts and the metallic hammering of drills pervades the air. In winter it’s bitterly cold; in summer it’s sunny and green. The breathtaking beauty of the landscape is ruptured by the huge industrial sites and slag heaps. END_OF_DOCUMENT_TOKEN_TO_BE_REPLACED