Quote:
Beginning in South Africa under the apartheid regime, the film follows a young girl who flees the country after a violent confrontation with a local white landowner in which her father is killed. She settles in Abidjan, where, ten years later, she has become a university student. As part of her studies, she visits the Taureg tribe on the edge of the Sahara before at last returning to post-Apartheid South Africa. END_OF_DOCUMENT_TOKEN_TO_BE_REPLACED 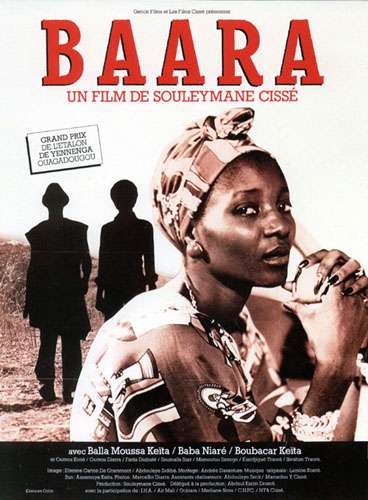 Synopsis
In this early work, Cissé focuses on a young innocent who has left the countryside for the city and become caught in the middle of social conflict. Befriended by the manager of a textile factory, he watches as his mentor is caught between the demands of a cruel owner and the needs of the much-abused workers he oversees. Having spent years studying Marxist ideology in Moscow, Cissé was the first African director to directly confront and criticize the condition of workers in the city. Yet the social constructs and characters he develops are presented with a clarity unencumbered by the typical moralizing of socialist films.
Harvard Film Archive END_OF_DOCUMENT_TOKEN_TO_BE_REPLACED 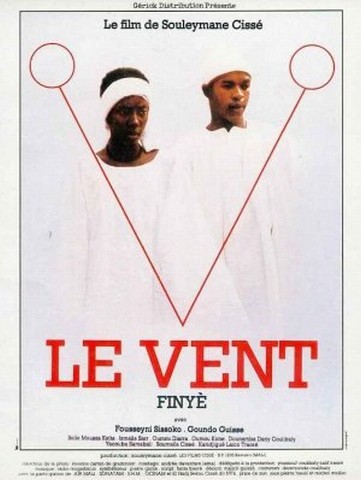 Overview
Finye / Le vent/ The Wind (1982) continues Cisse’s examination of internal African problems. This film examines the sources of student unrest and the relationship between postcolonial and traditional authority under a military regime. It opens with a statement about the wind awakening man’s thoughts. Batrou, the daughter of the governor, Sangare, falls in love with Bah. The students become involved with a protest against the repressive government. Batrou must confront her father, who is both a parental as well as military authority figure. Sangare faces resistance on many fronts in addition to the conflict with his daughter. His third wife confronts his abuse of authority as does Kansaye, Bah’s grandfather and traditional leader who has been overthrown by the governor. While Cisse presents these stories, he is really concerned with the larger concerns of society. This film also won the FESPACO Grand Prize in 1983.
Sharon A. Russell, Guide to African Cinema END_OF_DOCUMENT_TOKEN_TO_BE_REPLACED 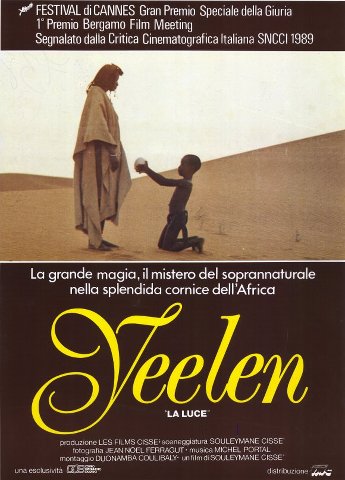 IMDB:
A young man with magical powers journeys to his uncle to request help in fighting his sorcerer father.
END_OF_DOCUMENT_TOKEN_TO_BE_REPLACED 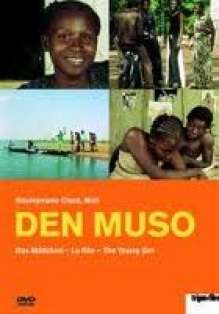 IMDB:
A young mute woman is raped and becomes pregnant, with disastrous consequences within her family. The film also sketches the social/economic situation in urban Mali in the 1970s, particularly in relation to the treatment of women. Written by Gareth McFeely END_OF_DOCUMENT_TOKEN_TO_BE_REPLACED