Srdjan Dragojevic – Mi nismo andjeli AKA We Are Not Angels (1992)

Quote:
The Angel and the devil fight for the soul of a Belgrade playboy who made a young girl pregnant.

Quote:
This is one of the cult Serbian movies. Despite some people having emotional outbursts of hatred towards everything about this movie,it’s a great movie. Srdjan Todorovic,as a drummer for Ekatarina Velika (the best Serbian rock band of all time),and an actor in many movies and TV shows has shown that he is extremely talented,contrary to some statements. Uros Djuric has actually done pretty well,considered that he’s a painter,not an actor,so a mix of talents did pretty well. Nikola Kojo,one of the best Serbian actors,was simply brilliant in this movie.His non-emotion standing in this movie gave it the flavour it needed to rise as one of the best Serbian movies ever. A great movie,and a cool comedy! As I said,a cult movie of a generation! END_OF_DOCUMENT_TOKEN_TO_BE_REPLACED 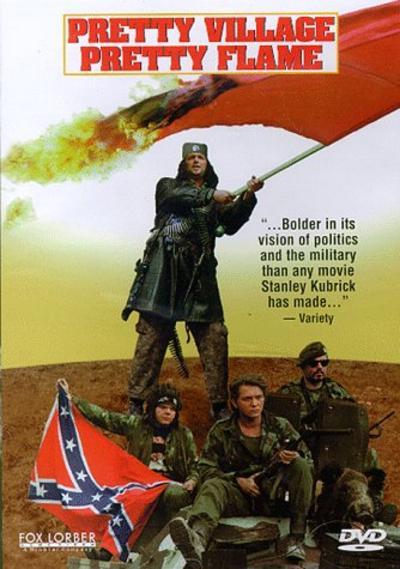 At the Belgrade army hospital, casualties of Bosnian civil war are treated. In the hospital they remember their youth and the war. Two young boys, Halil, a Muslim, and Milan, a Serb, have grown up together near a deserted tunnel linking the Yugoslav cities of Belgrade and Zagreb. They never dare go inside, as they believe an ogre resides there. Twelve years later, during the Bosnian civil war, Milan, who is trapped in the tunnel with his troop, and Halil, find themselves on opposing sides, fatefully heading toward confrontation. END_OF_DOCUMENT_TOKEN_TO_BE_REPLACED