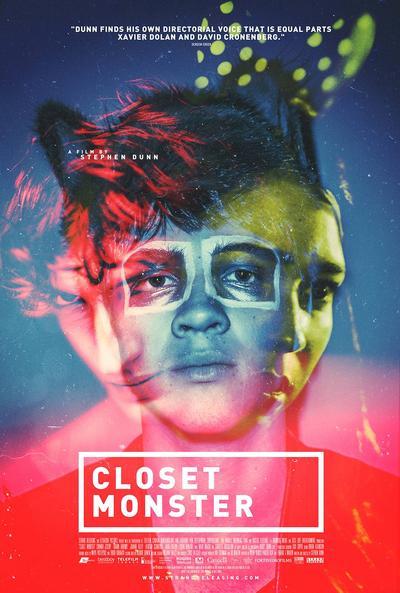 A creative and driven teenager is desperate to escape his hometown and the haunting memories of his turbulent childhood.

Closet Monster is a 2015 Canadian drama film written and directed by Stephen Dunn and starring Connor Jessup, released in 2015. It premiered at the Toronto International Film Festival, where it won the award for Best Canadian Feature. END_OF_DOCUMENT_TOKEN_TO_BE_REPLACED