Moment (1969). This is shot in colour and shows the face of a girl called Tina Fraser framed on a pillow. The dominant colour is red and this gives the film a warm feel as Tina smokes and either masturbates or simulates this act. We see her face as she works herself up to orgasm, then afterwards in complete relaxation. As a consequence this feels very much like a heterosexual version of Andy Warhol’s Blow Job (1963). Perhaps Dwoskin felt his short Asleep had provided the template for Warhol’s Sleep (1963), and was calling in the debt. Moment was the most carefully composed of the Dwoskin shorts on show last night. That said, the top right side of the screen is a kind of dead space made up of nothing but reddish pillow, with Tina Fraser’s head on the left of the frame; presumably the shot was set up in this way, with a mild imperfection, to prevent viewers from responding to it simply on the level of visual aesthetics.” – Stewart Home END_OF_DOCUMENT_TOKEN_TO_BE_REPLACED

txt from Strictly Film School
(…)
“In Pain Is…, Dwoskin’s thoughtful rumination on the nature of pain, this intersection occurs in the conceptual mechanism of pain itself, in the way it surfaces amorphously, imprecisely, throughout the process and conduct of life, as well as in its insidious ability to create a subconscious shift in (sensorial) awareness – in essence, to reconfigure (if not transform) one’s immediate reality because of its existence. It is this untenable quality of pervasiveness and indefinability that Dwoskin articulates in an introductory analogy that sets the tone for the film’s organic (and inherently circular) exposition: END_OF_DOCUMENT_TOKEN_TO_BE_REPLACED

A film that seeks a balance between feature, form and lighting essay, with autobiographical elements and echoes of the primeval fairy tale Beauty and the Beast. By the former Film Maker in Focus Stephen Dwoskin.

‘The Sun and the Moon, a film fairy tale, is about two women’s terrifying encounter with ‘Otherness’ in the form of a man, abject and monstrous, and for them to either to witness, accept or partake in his annihilation. All are caught in their own isolation and are fearful of the menace that has to be met. END_OF_DOCUMENT_TOKEN_TO_BE_REPLACED Chinese Checkers
Two women play Chinese checkers. Halfway through the film, the women are transformed through masks, make-up and costumes and they drift from a concentration on the board game to a concentration on each other’s hands and eyes, engaging in a game of seduction and lovemaking. Chinese Checkers was shot in New York in 1964 just before Dwoskin moved to the UK. It features Joan Adler and Beverly Grant and is based on a story by American experimental filmmaker Harry Smith. This film is not suitable for young audiences. END_OF_DOCUMENT_TOKEN_TO_BE_REPLACED 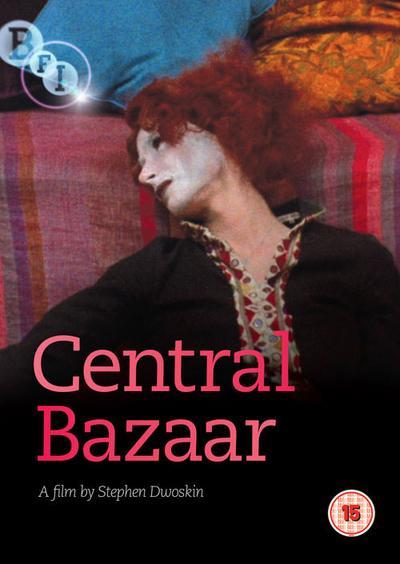 Quote:
By Central Bazaar (1976), his next feature, Dwoskin seemed to have traded limitation for license: a handful of strangers gather together for what almost instantly devolves into a freeform two-and-a-half-hour-long sexual merry-go-round. Dwoskin’s subjects drift from partner to partner draped in elaborate costumes and moving half-consciously, as if magnetic currents were tugging them together and apart. There are moments of great tenderness, but the whole affair comes off as grotesque—not least because we’re made to feel like an unwelcome and particularly intrusive guest. Dwoskin’s camera roves around, focusing in on a caress here, a clasped hand there, the strap of a pair of leggings, an exposed back: always too close for comfort, yet for the most part excluded from the proceedings. In the spectacle of these able bodies contorting themselves, strutting, dancing, converging, and lounging around, Dwoskin saw a mirror of the world: a place in which human connection was something frightening and alien, something that demanded a performance well outside his range. END_OF_DOCUMENT_TOKEN_TO_BE_REPLACED 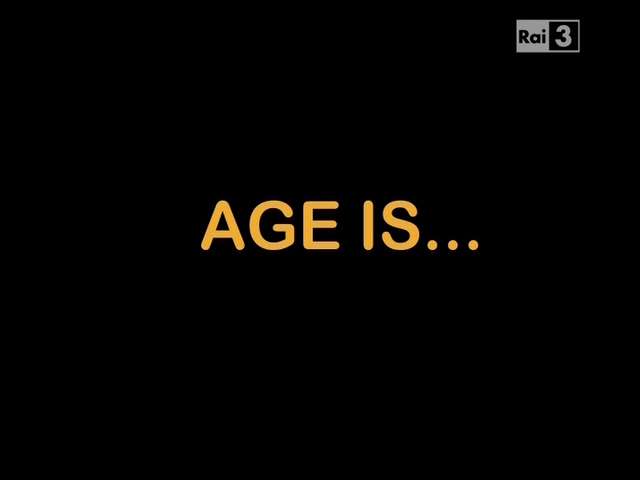 Quote:
Exploring the texture, the beauty and the singularity of aging faces and silhouettes, Age Is meditates through tiny details, a gesture, a pause, a look, on the subjective experience and cultural concepts of ageing.
END_OF_DOCUMENT_TOKEN_TO_BE_REPLACED