A man closes up a lecture hall; he reaches into a box and snips the string holding a gaunt puppet. Released, the puppet warily explores the darkened rooms about him. Screws twist out of objects and move about. A boy doll catches light with a mirror, shining it around: he spotlights the gaunt explorer. An adult female doll stands with breasts exposed. Mechanical spools and wheels turn. The gaunt man investigates. Four doll men surround him, dress him in colorful clothes, invite him to look inside displays that include drawings of penile skeletons. Female dolls awkwardly rotate their arms from broken shoulders. The gaunt man watches. Bruno Schultz is quoted. (IMDb) END_OF_DOCUMENT_TOKEN_TO_BE_REPLACED

Quote:
To mark the centenary of the great science fiction writer, Stanislaw Lem, we present this tribute by the legendary stop motion animators Stephen and Timothy Quay. Explore the life and impact of Stanisław Lem through an unique lens of the Quay Brothers.

Vade-mecum is a new short produced by the Palm-d’Or-nominated animators, Stephen and Timothy Quay. The film shows the life and works of Polish poet, Cyprian Kamil Norwid , and offers a great introduction to legacy ahead of the bicentennial of his birthday in September 2021.

The Brothers Quay say: ‘We took the challenge to make this film for an audience who will have probably never ever heard of Norwid; however, in the briefness of this film, we had hoped that we could still ignite the gentle curiosity of the imagination of the viewer towards the legacy that this man left in writing and in art that was simply never validated in his lifetime’.

The film has been commisioned and produced by the Polish Cultural Institute in London and the Polish Book Institute. END_OF_DOCUMENT_TOKEN_TO_BE_REPLACED 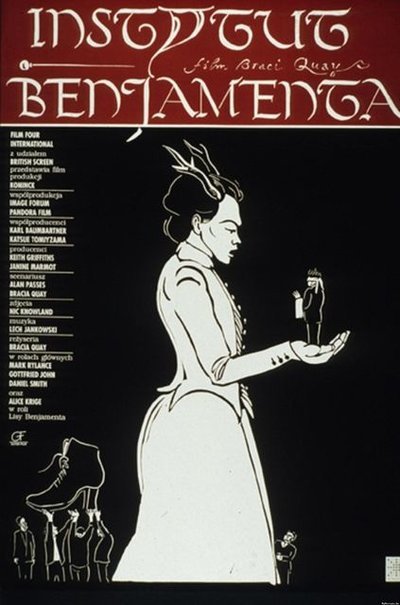 Synopsis:
Jakob arrives at the Institute Benjamenta (run by brother and sister Johannes and Lisa Benjamenta) to learn to become a servant. With seven other men, he studies under Lisa: absurd lessons of movement, drawing circles, and servility. He asks for a better room. No other students arrive and none leave for employment. Johannes is unhappy, imperious, and detached from the school’s operation. Lisa is beautiful, at first tightly controlled, then on the verge of breakdown. There’s a whiff of incest. Jakob is drawn to Lisa, and perhaps she to him. As winter sets in, she becomes catatonic. Things get worse; Johannes notes that all this has happened since Jakob came. Is there any cause and effect? END_OF_DOCUMENT_TOKEN_TO_BE_REPLACED