After retiring from the rodeo where he was five-time all-around world rodeo champion, Sonny Steele is signed by multinational conglomerate Ampco to be the spokesman for their breakfast cereal, Ranch Breakfast. This corporate job, where he is paraded around on horses in electrically lit cowboy get-ups and where the publicity department makes him grow a mustache to look more like a cowboy, eventually sucks away at his soul, which leads to him taking up the bottle and often being drunk at events. Conversely, the publicity department tries to hide him from the media. END_OF_DOCUMENT_TOKEN_TO_BE_REPLACED

Quote:
They Shoot Horses Don’t They? is set in the dark years of the l930s, when dance marathons became popular as a way for desperate people to compete for prize money. Sometimes the events would drag on for weeks as contestants pushed themselves far beyond the point of physical, mental and emotional exhaustion, the dancers shambling around the floor in a half-dead stupor. People would then pay to sit in the bleachers, watch the event and cheer on their favourites. Taken from hard-boiled pulp writer Horace McCoy’s novel of the same name, Jane Fonda plays a bitter young woman paired up with Michael Sarrazin for the ordeal. END_OF_DOCUMENT_TOKEN_TO_BE_REPLACED 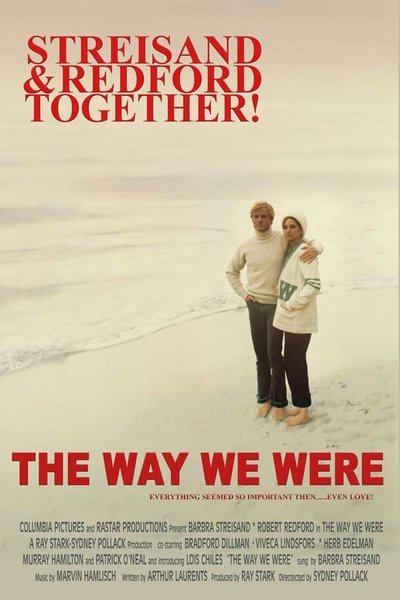 Quote:
Katie and Hubbell are students in the same college but with very different lives. She is a communist compromised against the civil war in Spain and the rise of Hitler in Europe, and has to work to pay her studies. He is more interested in sports a and sceptic about politics. However, Katie is impressed by his charm and she still is when they meet some years after. END_OF_DOCUMENT_TOKEN_TO_BE_REPLACED 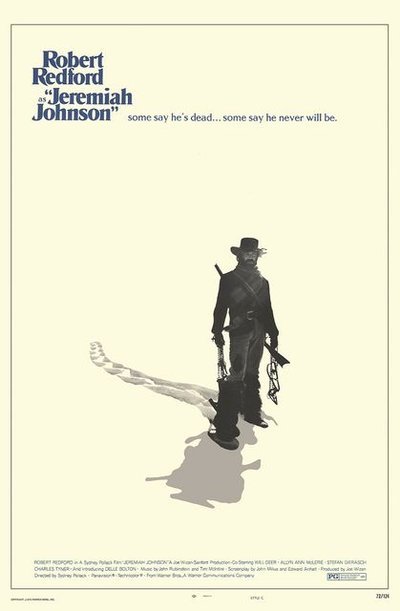 Synopsis:
During the mid-nineteenth century, Jeremiah Johnson, after a stint in the US Army, decides that he would prefer a life of solitude and more importantly peace by living with nature in the mountains of the frontier of the American west. This plan entails finding a piece of land upon which to build a house. This quest ends up being not quite what he envisioned as he does require the assistance of others to find his footing, and in turn he amasses friends and acquaintances along the way, some who become more a part of his life than he would have imagined. END_OF_DOCUMENT_TOKEN_TO_BE_REPLACED

Quote:
One of the most memorable paranoia thrillers of the 1970s, Sydney Pollack’s Three Days of the Condor never loses its focus as a tense, compelling exercise in suspense. The plot rests on the premise that everyone with power is corrupt; Pollack and writers Lorenzo Semple Jr. and David Rayfiel keep the proceedings from devolving into the preposterous or unconvincing. True to form, Robert Redford represents the powerless, non-corrupt, masses as the film’s bookish CIA researcher Turner. Unlike some of the bleaker examples of the genre (1974’s The Parallax View), Redford’s character ultimately outwits the system and finds a way to fight the corruption, much as he would the following year in All the President’s Men. Redford’s charisma smoothes over some of Condor’s less-believable moments, and Sydney Pollack directs in the distinctively gloomy-but-lively style common to 1970s films. This was the fourth film on which the director and star teamed; they would continue to work together on movies such as 1986’s Out of Africa and 1990’s Havana. –Brendon Hanley END_OF_DOCUMENT_TOKEN_TO_BE_REPLACED

Quote:
Oscar winning director Sydney Pollack takes a sharp sideways turn with SKETCHES OF FRANK GEHRY, a documentary about the noted architect. Usually known for making grandiose productions such as THE FIRM and OUT OF AFRICA, Pollock adds a genuine curio to his filmmaking resume with this movie. Although the two men have been friends for years, Pollock thankfully bypasses the opportunity to pay a fawning tribute to Gehry, instead presenting a well-balanced portrait that offers both positive and negative commentators the chance to etch their thoughts into celluloid. But it quickly becomes clear that the biggest naysayer of all is Gehry himself, who is painted as a highly self-critical man, clearly ill-at-ease with fame and his own achievements. END_OF_DOCUMENT_TOKEN_TO_BE_REPLACED

Plot Synopsis by Paul Brenner
Sidney Pollack marked his feature film directing debut with this taut suspense drama, based upon an actual incident reported in Time Magazine. Sidney Poitier stars as Alan Nuell, a student volunteer at a medical clinic in Seattle who answers the phone to find Inge Dyson (Anne Bancroft) on the other end. Inge, depressed about her life, has just taken an overdose of sleeping pills. With Inge slowly dying, Alan tries to keep her talking on the phone while the police try to trace the call and save her life. Inge tells Alan that she has decided to end it all because her husband has discovered that he is not the father of her son. END_OF_DOCUMENT_TOKEN_TO_BE_REPLACED