A yakuza film epic about a man and a woman establishing a family of longshoreman, centering on their love and struggle. END_OF_DOCUMENT_TOKEN_TO_BE_REPLACED

Quote:
Few novels were filmed as many times as Shiro Ozaki’s famous Theatre of Life . So rich and appealing is this roman fleuve about chivalrous yakuza that, over the decades, it was rendered in “youth”and animated versions, as a lavish epic or omnibus film (including one by Kinji Fukasaku), and indeed was initially made by Uchida in 1936 as a highly regarded “social tendency” film. But Uchida’s later version is considered the gold standard, partly because of his mastery at visual storytelling, partly because of his superb ensemble cast. The yakuza Hishakaku kills someone in a dispute over a barmaid, but turns himself in at the urging of Kiratsune, an old gangster who has just returned from eight years in Shanghai and has become his protector.When he gets out of prison, Hishakaku finds himself once again torn between his sense of duty to his gang and his sense of humanity, and is drawn back into the bloody clan feuds. END_OF_DOCUMENT_TOKEN_TO_BE_REPLACED

Yakuza film about Mine, a strong-minded woman, who risks her life and her body in a desperate search for true love. END_OF_DOCUMENT_TOKEN_TO_BE_REPLACED

Original Title in Japanese: ざ・鬼太鼓座
This documentary narrates the beginnings of the founding members of ondekoza who are a group of young musician living communally on Sado Island in Niigata Prefecture. They create the taiko drumming, which has gone on to entertain audiences around the world and give spectators kodo drummer. Watch the musicians go from rigorous training and adaptation to early performances. END_OF_DOCUMENT_TOKEN_TO_BE_REPLACED

Multiple murders, red herrings and sadomasochistic sex are the order of the day in this ground-breaking mystery from Edogawa Rampo, Japan’s foremost writer of suspense novels. The year is 1930 and the chance meeting of a novelist and one of his fans
opens the door to a series of mysterious events culminating in the death of a wealthy industrialist who may have been leading a double life. Aoi Teruhiko and Kayama Yoshiko star along with two of Japan’s most famous and highly respected actors, Otomo Ryutaro and Wakayama Tomisaburo. In a departure from the samurai genre in which he made his name this is director Kato Tai’s masterpiece. A true work of cinema art comes to life in this deadly tale of love and betrayal! END_OF_DOCUMENT_TOKEN_TO_BE_REPLACED 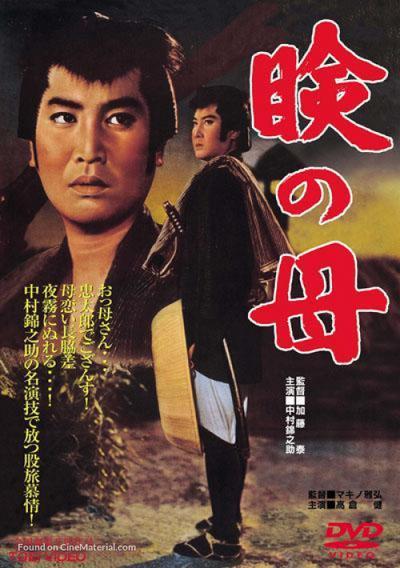 Synopsis:
The protagonist Chujiro, who possesses many attractive qualities, is a victim of unkind circumstances: his mother abandoned him as a child, so he had no choice but to live outside society. Even so, he grows up determined to reunite with her. Worried that she might be living in misery, he saves his money to help, only to find that she has married into wealth and social position and has no intention of seeing her outcast Yakuza son… END_OF_DOCUMENT_TOKEN_TO_BE_REPLACED