Hirobe is a lonely man. After witnessing her girlfriend die with a terminal illness, he wanders through the city like a shadow. One day, he meets Masako and they begin an affair. Masako is in an unhappy marriage with Yazawa, who is also cheating on her with a younger lover. The tension builds up to an unforgiving, yet quiet climax… END_OF_DOCUMENT_TOKEN_TO_BE_REPLACED

– Sachiko has just committed a crime. She is helped by a couple to whom she grants her confidence. Quickly this couple blackmails her and threatens to deliver her to the police. Sachiko has no other choice but to obey them. – END_OF_DOCUMENT_TOKEN_TO_BE_REPLACED 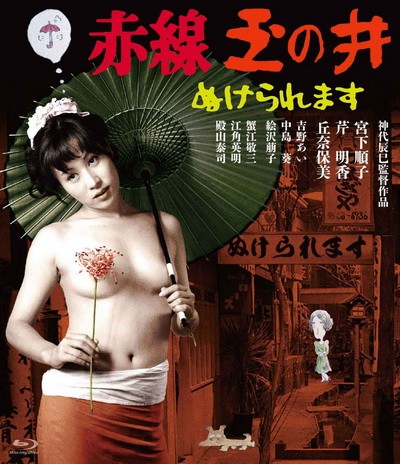 With humor and tenderness, this film explores the lives of four Japanese prostitutes in the time just before that lifestyle was outlawed in 1958. All four take some pride in their work, though one of them responds to aging with a suicide gesture. ~ Clarke Fountain, Rovi END_OF_DOCUMENT_TOKEN_TO_BE_REPLACED