Quote:
One of the best comic shorts (6 minutes) I’ve seen recently — Broken Specs by Ted Fendt, whom many people already know as the great translator of significant French texts by Godard, Straub, Moullet, Daney. It begins with shots like Caroline Champetier-era Godard, cuts to the credits the same way an ’80s Godard might. Haddon Township, New Jersey. Smashed glasses. “Mike,” the protagonist, eats NJ pizza with his family, his father with glasses pristine. Mike’s fall into the pie. A (high-school? home-from-college?) party comes next. The comedy goes far and quick. It’s a cross between the end of Bujalski’s Funny Ha Ha and all of Rohmer’s Paris vu par episode Place de l’Étoile. END_OF_DOCUMENT_TOKEN_TO_BE_REPLACED

A short 7-minute follow-up to Broken Specs by Ted Fendt — this one called Travel Plans. There are no travel plans, per se: the protagonist comes upon a Greyhound bus ticket (spoiler alert) on a sidewalk, which might have been shed by the psyche of a friend-of-a-friend who has previously discussed her own plans to keep on moving in her travel.

When the three convene (in what appears to be the same kitchen as in Broken Specs?), a rapport is not formed, but a miniature-train station becomes the real place where none will bond, and, of course, this platform calls to mind, as a cinephile in-joke, in the same way that Moullet would do it, Gorin’s Routine Pleasures. Use what you have at hand. END_OF_DOCUMENT_TOKEN_TO_BE_REPLACED

Liz thinks she’s going on a date with Rob to see RoboCop, but things take an unexpected (and inexplicable) turn. END_OF_DOCUMENT_TOKEN_TO_BE_REPLACED Quote:
“Classical Period,” the second and (at barely more than an hour) longest feature from the offbeat filmmaker Ted Fendt (“Short Stay”), is technically in English, but it might as well be in liberal-arts-speak. Characters toss off lines like “I’ve never read the Borges book this quote is from” and “It’s actually the most comprehensive book about the freeway revolt in Philadelphia that I’ve read.” Such insights and humblebrags are the bulk of the dialogue. The title evokes the musical era that preceded Romanticism, and this highly original movie has been denatured of romance or even obvious dramatic incident. END_OF_DOCUMENT_TOKEN_TO_BE_REPLACED 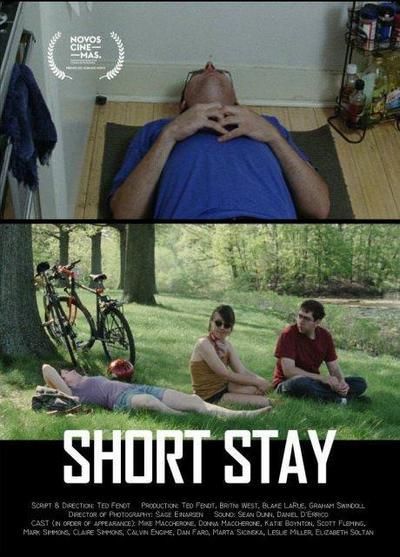 For the past few years, Ted Fendt has been one of the busiest under-the-radar figures in film exhibition in New York: a projectionist at the Film Society of Lincoln Center, he is also the city’s go-to live-subtitler of rare, unsubtitled prints of French films, and ranks among its most active moviegoers. But his contributions to film culture extend beyond the local scene to the online sphere, where he has become an essential translator of texts by Jean-Luc Godard, Luc Moullet, Eric Rohmer, and Jean-André Fieschi, among others. He has also produced new English subtitles for a number of films by Jean-Marie Straub and Danièle Huillet (having taught himself German in order to so) and co-edited the catalogue for an upcoming retrospective of their films to tour the US later in 2016. END_OF_DOCUMENT_TOKEN_TO_BE_REPLACED