Quote:
Lisbon of the nineties. Three siblings, a girl and two boys, live together in a most close kind of relationship. The centre of the story is the girl, Maria, who hardly ever says what she thinks neither knows what she wants. “Teresa Villaverde re-states her sensitiveness in this portrait of a fragile girl in a film of high visual elegance of utmost sadness.”
Positif, November 1994 END_OF_DOCUMENT_TOKEN_TO_BE_REPLACED 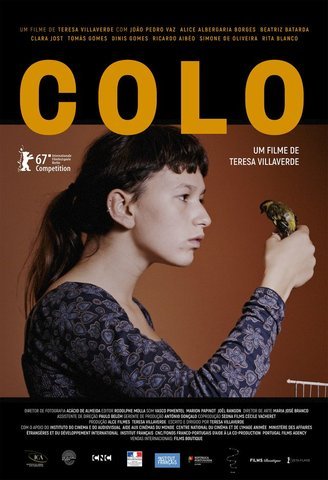 Quote:
Colo, a new film by Alce Films from Writer/Director Teresa Villaverde was screened at the 67th Berlin International Film Festival in Competition. The film utilized an unorthodox approach. After the opening scene of over-the-sholuder close-ups and Hollywood style medium close-ups on reverse angles, deep focus long-shots were utilized. Often times the frame pulled out rather than pushing in – a more typical filmmaking technique. END_OF_DOCUMENT_TOKEN_TO_BE_REPLACED