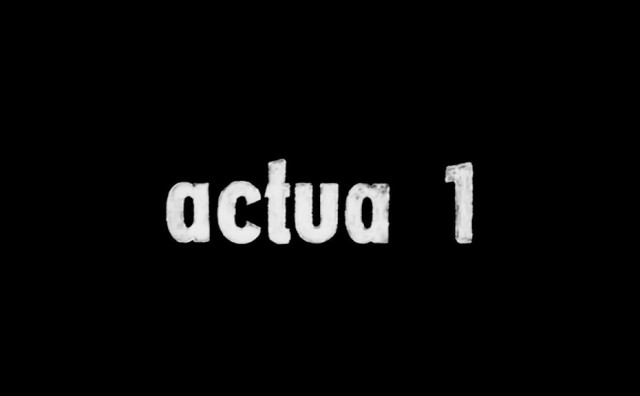 May 68 events seen through various 16 & 35mm shots, anonymous images made by young protesters who were filming during the night. END_OF_DOCUMENT_TOKEN_TO_BE_REPLACED

Shot in 1967 but not released until 1975, actor Pierre Clémenti’s acid-infused experimental whirlwind of color and music featuring a who’s who of the French 60s underground. END_OF_DOCUMENT_TOKEN_TO_BE_REPLACED

Positano is an island of the Amalfi Coast that Neptune would have, according to legend, created for the love of a nymph. And it is of love that this film speaks above all, a total and solar love in which family and friends are seized in the same poetic field. Perched on the rocks of the island, the house of Frédéric Pardo and Tina Aumont became in 1968 a meeting place for the underground community. Pierre Clémenti stays there for a while and makes images of dazzling sensuality. Beyond Pierre Clémenti’s intimate love of these faces and bodies often naked in this Mediterranean landscape, the film reveals the moving beauty of a utopia where living together could still be achieved in a territory of sharing and permanent creation. END_OF_DOCUMENT_TOKEN_TO_BE_REPLACED

Quote:
After the event of May1968, a young woman shelters in the country, in a house where she waits for her partner.

Quote:
“…‘Who creates? And for whom?’ What is important is that Hanoun does not answer these questions in a grandiloquent way. On the contrary, far from showing a series of dramatic actions, he focuses on the in-between moments in the life of his beautiful young protagonist. He plays with fragments of the scene, reframing the image, using frames (doors, windows, a mirror as a tableau vivant) and all of this confronts the viewer with a sort of catalog of repetitive acts, where drama and character development are absent. END_OF_DOCUMENT_TOKEN_TO_BE_REPLACED

Quote:
The film narrates a utopian abandonment, consensual and festive of the market economy and high productivity. The population decides on a number of resolutions beginning with “We stop everything” and the second “After a total downtime will be revived-reluctantly-that the services and products including lack will prove intolerable. Probably: water to drink, electricity for reading at night, the TSF to say “This is not the end of the world, this is an 01, and now a page of Celestial Mechanics”. The implementation of these resolutions is the first day of a new era, Year 01. END_OF_DOCUMENT_TOKEN_TO_BE_REPLACED

Quote:
Bernardo Bertolucci’s “The Dreamers” is set in Paris in the spring of 1968, a tumultuous time of sexual experimentation and political revolt. The people have taken to the streets, but for attractive, enigmatic twins Isabelle and Theo and their American friend Matthew, the riotous events that will define their lives transpire inside–in the bath tub and on the hard kitchen floor, in bed and beneath the altar of a black and white pin-up of Marilyn Monroe tacked on to Theo’s bedroom wall.
The story of three young cinephiles and sexual neophytes coming of age in Paris is captivating material. Based on the novel by Gilbert Adair, Bertolucci tells the story through the eyes of the outsider. Matthew (Michael Pitt), first meets the twins at the locked gates of the Cinematheque Français, where Isabelle (Eva Green) strikes the pose of a movie star while Bertolucci adds documentary footage of Jean-Pierre Léaud with a bull-horn and François Truffaut protesting the forced resignation of Henri Langois. END_OF_DOCUMENT_TOKEN_TO_BE_REPLACED

Quote:
In the months after the heady weeks of May ’68, a group of young Europeans search for a way to continue the revolution believed to be just beginning. END_OF_DOCUMENT_TOKEN_TO_BE_REPLACED