Thomas Vinterberg – Druk AKA Another Round (2020)

There is a theory that man is born with half a per mille too little. That alcohol in the blood opens the mind to the outside world, problems seem smaller and creativity increases. We know it well; after the first glass of wine, the conversation lifts, the possibilities open up. Martin is a high school teacher. He feels old and tired. His students and their parents want him terminated to increase their average. Encouraged by the per mille theory, Martin and his three colleagues throw themselves into an experiment to maintain a constant alcohol impact in everyday life. If Churchill won World War II in a dense fog of spirits, what could the strong drops do for them and their students? The result is positive in the beginning. Martin’s class is in a different way now, and the project is being promoted to a real academic study with the collection of results. Slowly, but surely, the alcohol makes the four friends and their surroundings loosen up. The results are rising, and they really begin… END_OF_DOCUMENT_TOKEN_TO_BE_REPLACED 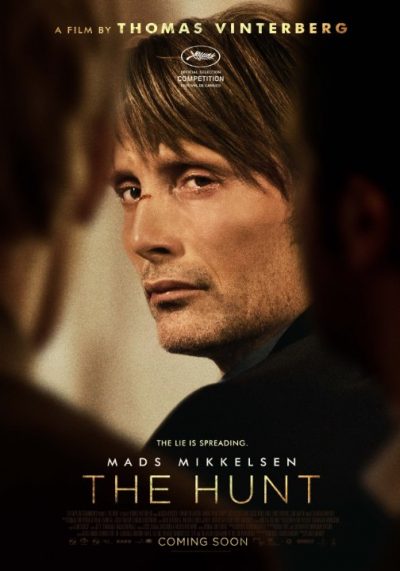 A teacher lives a lonely life, all the while struggling over his son’s custody. His life slowly gets better as he finds love and receives good news from his son, but his new luck is about to be brutally shattered by an innocent little lie. END_OF_DOCUMENT_TOKEN_TO_BE_REPLACED 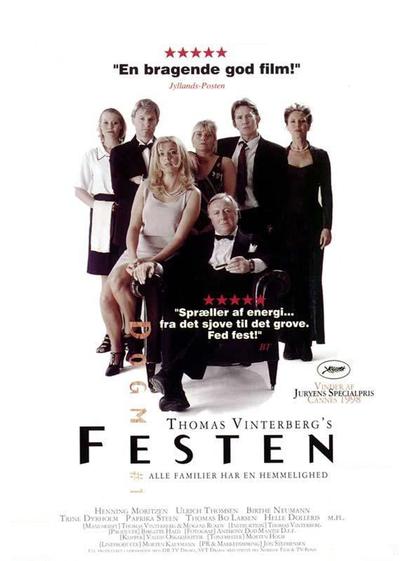 The Father turns 60. His family, which is a big one of the kind, gathers to celebrate him on a castle. Everybody likes and respects the father deeply…or do they? The Youngest Son is trying to live up to The Father’s expectations. He is running a grill-bar in a dirty part of Copenhagen. The oldest son runs a restaurant in France, while the sister is a anthropologist. The older sister has recently committed suicide and the father asks the oldest son to say a few words about her, because he is afraid he will break into tears if he does it himself. The oldest son agrees without arguments. Actually he has already written two speeches. A yellow and a green one. By the table, he asks the father to pick a speech. The father chooses green. The oldest son announces that this is the Speech of Truth. Everybody laughs, except for the father who gets a nervous look on his face. For he knows that the oldest son is about to reveal the secret of why the oldest sister killed herself. END_OF_DOCUMENT_TOKEN_TO_BE_REPLACED

synopsis
Two siblings who grew up in a dysfunctional household pass their damage along to those around them in this drama from Danish filmmaker Thomas Vinterberg. Nick (Jacob Cedergren) was raised by a mother with serious drinking problems who inflicted physical and emotional cruelty on her children. Now in his early thirties, Nick is an ex-con who has his own problems with alcohol and little sense of direction in his life. Back on the streets after a stay in jail, Nick lives in a shabby hostel, has an on-again, off-again relationship with Sofie (Patricia Schumann), whose alcoholism has cost her custody of her children, lifts weights and sometimes looks in on Ivan (Morten Rose), the troubled brother of a girl he one loved. END_OF_DOCUMENT_TOKEN_TO_BE_REPLACED