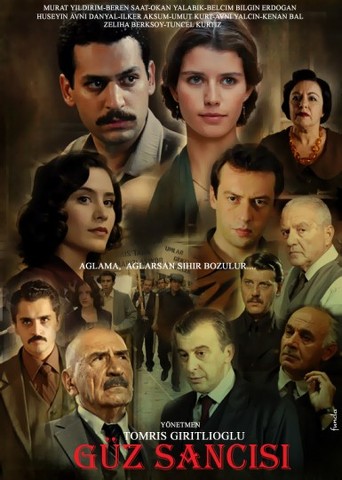 As the year 1955 is moving towards autumn, Turkey’s increasingly tense political atmosphere starts to cast its dark shadow on the glittering beauty of Beyoglu. Behcet is the only son of a father in whom the government and the bureaucracy take a close interest due to his strong influence in Antakya. While working as a research assistant at the Faculty of Law in Istanbul, Behcet is falling under the sway of extreme nationalism as a result of his upbringing and the influential role model of his father. The only thing that causes Behcet to stumble on this road is the woman he secretly observes through the window of the apartment opposite his own. This woman, who is aware that she is being observed by Behcet, is Elena. She is one of those peerless beauties making up the cosmopolitan kaleidoscope of Beyoglu. A prostitute with a childlike spirit, she is sold off to high-level bureaucrats by her grandmother, who herself is a former prostitute. END_OF_DOCUMENT_TOKEN_TO_BE_REPLACED