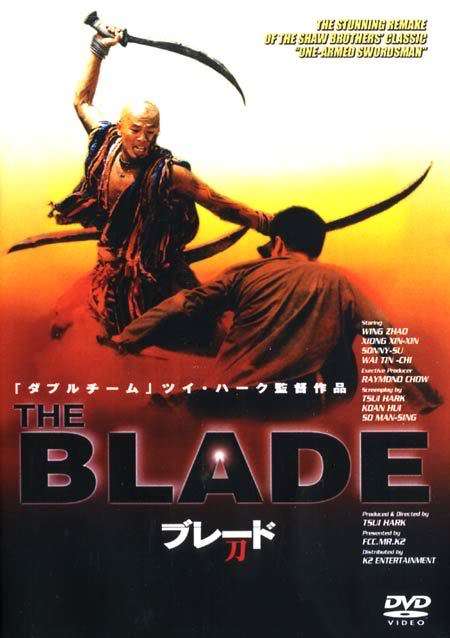 From IMDB:
The Blade is a whirlwind of blood, color and stunning imagery. Rarely does one find an action movie so uncompromising and technically evolved as this offering from Hong Kong’s prolific director/producer giant Tsui Hark. Based on the “classic” kung-fu film The One-Armed Swordsman, The Blade tells the story of a young man adopted by the owner of a renowned sword smithy, who discovers that his true father was killed by an almost superstitiously powerful bandit, Lung “who it is said can fly!”. When he goes out seeking revenge with his father’s broken blade, he runs afoul of a group of vicious desert scum, and loses his right arm in the encounter. After being nursed back to health by an orphaned farmboy, he eventually learns to compensate for his loss, and with half a weapon, half a swordfighting manual, and one arm short of a pair, returns to confront the man who murdered his father. END_OF_DOCUMENT_TOKEN_TO_BE_REPLACED