Quote:
Illegal immigrants from mainland China are smuggled into Hong Kong. They are captured by a gang, then raped, tortured, and murdered. END_OF_DOCUMENT_TOKEN_TO_BE_REPLACED

Synopsis:
Director Mou Tun-fei came to international attention as director of the controversial Man Behind The Sun in 1988. But years prior, he was known for this unremitting tale of kung-fu sadism. Yueh Hua, co-star of Clan Of Amazons and Clans Of Intrigue, tears up the screen as a corrupt magistrate, so obsessed with finding a hidden treasure that he buries his daughter alive, setting off a frenzy of destruction. END_OF_DOCUMENT_TOKEN_TO_BE_REPLACED

A 19C river town is under lockdown by Qing government troops. Word has reached the emperor that a rebel group (known as the Tiandihui) has hidden its children, including the leader’s son Ermao, in the town. Who can be trusted and who is a spy? Who is the real Ermao? END_OF_DOCUMENT_TOKEN_TO_BE_REPLACED 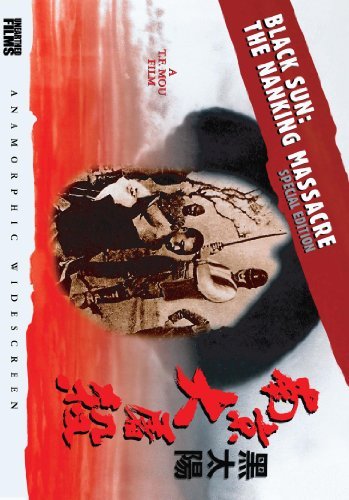 Black Sun: The Nanking Massacre is an uncompromising portrayal of the war crimes perpetrated by the Japanese Imperial Army upon the Chinese military and civilian population of Nanking during the occupation of the city. Hailed by critics as one of the most disturbing films ever released, Black Sun: The Nanking Massacre is unflinching in its depiction of the barbaric cruelty with which the occupying army raped, pillaged and terrorized the defeated populace. END_OF_DOCUMENT_TOKEN_TO_BE_REPLACED