PLOT: Anton is a lowly, mistreated assistant at a bathhouse run by his blind father; he falls in love with Eva, the daughter of a sea captain. His real estate developer brother wants to tear down the bathhouse, and also seeks the hand of Eva. After a piece of rubble falls from the ceiling and kills Eva’s father while he’s swimming in the pool, an inspector gives the family a few weeks to bring it up to code or face demolition. END_OF_DOCUMENT_TOKEN_TO_BE_REPLACED 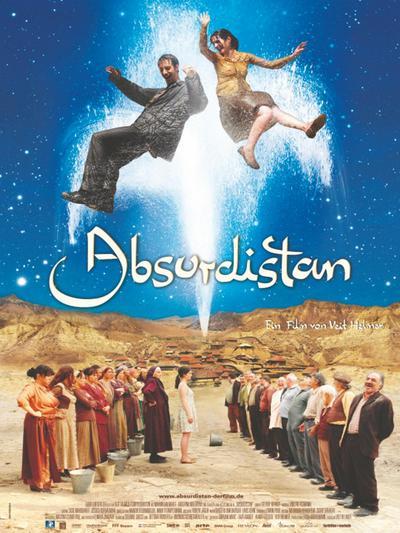 Quote:
“No water, no sex.” Whereas the women in Aristophanes’ classic Greek comedy Lysistrata withheld sex from their men to end a war, the women in the village of Absurdistan concoct a similar plan out of necessity in order to get their community’s water pipe fixed. However, unlike the women of Lysistrata, the results of their decision don’t end a war but rather begin one of epic proportions between the sexes complete with the usual devices of espionage, sabotage and tested loyalties. END_OF_DOCUMENT_TOKEN_TO_BE_REPLACED 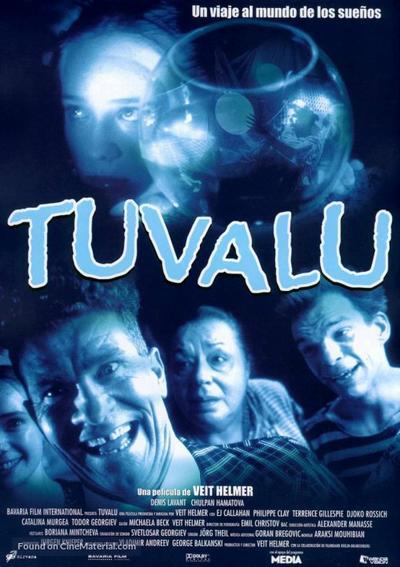 Silent movies require a unique visual storytelling grammar, a rhythm of clear, economical medium shots, punctuated by close-ups of pertinent objects and human faces reacting. Veit Helmer’s debut feature Tuvalu isn’t strictly a silent movie—it features sound effects and the odd exclamation—but the film is virtually dialogue-free, and heavily influenced by the grammar of the silents and the fanciful retro-futurist decay of Terry Gilliam and Jean-Pierre Jeunet. But Helmer has neither the clarity nor the rococo flourish of his predecessors, and his over-reliance on color filters and crammed, busy takes inhibits Tuvalu’s ability to charm and enchant. The film stars Denis Lavant (the craggy but acrobatic center of the contemporary French cinema classics Les Amants Du Pont-Neuf and Beau Travail) as the manager of a swimming pool in a crumbling, depressed metropolis. END_OF_DOCUMENT_TOKEN_TO_BE_REPLACED