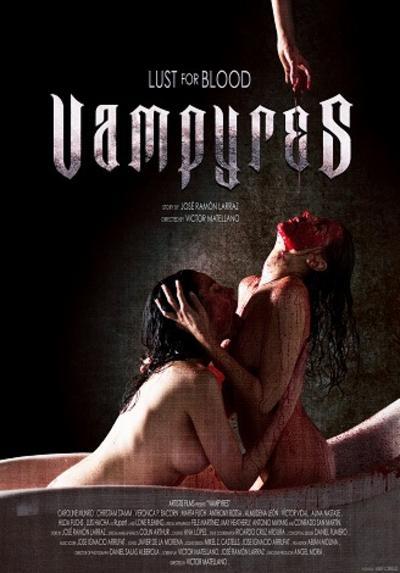 Quote:
Faithful to the sexy, twisted 1974 cult classic by Joseph Larraz, Vampyres is an English-language remake pulsating with raw eroticism, wicked sado-masochism and bloody, creative gore. Victor Matellano (Wax (2014, Zarpazos! A Journey through Spanish Horror, 2013) directs this tale set in a stately English manor inhabited by two older female vampires and with their only cohabitant being a man imprisoned in the basement. Their lives and lifestyle are upended when a trio of campers come upon their lair and seek to uncover their dark secrets, a decision that has sexual and blood-curdling consequences. END_OF_DOCUMENT_TOKEN_TO_BE_REPLACED