In this immersive work, which debuted at the 2015 German Pavilion at the Venice Biennale, Steyerl probes the pleasures and perils of image circulation in a moment defined by the unprecedented global flow of data. Ricocheting between genres—news reportage, documentary film, video games, and internet dance videos—Factory of the Sun uses the motifs of light and acceleration to explore what possibilities are still available for collective resistance when surveillance has become a mundane part of an increasingly virtual world. Factory of the Sun tells the surreal story of workers whose forced moves in a motion capture studio are turned into artificial sunshine. END_OF_DOCUMENT_TOKEN_TO_BE_REPLACED

Quote:
Presented at the 2015 Venice Biennale, this short film by Jean-Marie Straub is a fragment of the last reel of his film History Lessons, based on Bertolt Brecht’s The Business Affairs of Mr Julius Caesar and dedicated to the memory and materiality of cinema. END_OF_DOCUMENT_TOKEN_TO_BE_REPLACED

One of the most radical and influential works of experimental television produced by the famous couple of the late 60s, Yoko Ono and John Lennon.

In November 1968 work began on one of one of John & Yoko’s most ambitious film ventures, a 75-minute mini-feature called Rape. It starred Eva Majlata, a 21 year old Hungarian actress who couldn’t speak English. She cannot escape the prying attentions of the camera which follows her around the streets of London, through a park, allowing her no privacy and almost causing her to walk into the path of a truck. She attempts to escape in a taxi, but is still followed. She is eventually cornered in an apartment from which she apparently cannot escape and her tearful pleas to the camera remain ignored. Rape was shot when John and Yoko were both at Great Charlotte Street Hospital following Yoko’s miscarriage. The cameraman was Nick Knowland, who worked on most of John and Yoko’s productions. END_OF_DOCUMENT_TOKEN_TO_BE_REPLACED 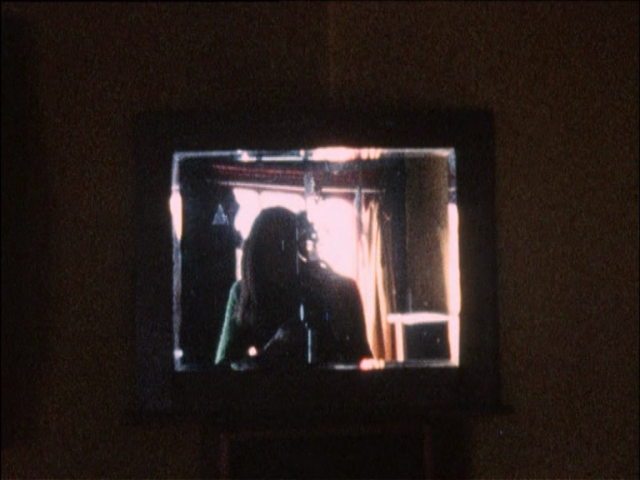 Quote:
Nicky Hamlyn is one of the UK’s key artist filmmakers of the past 30 years, working in 16mm film and video, he has produced a large body of both single screen work and installations in both media. His current practice has two distinct concerns, based on the medium he is using. In much of the film work he has been concerned with developing structures that are derived as closely as possible from the form of the subject matter. In recent years the subjects have been predominantly architectural, but also topographical. He often works frame by frame, in the manner of an animator, and this approach acknowledges the importance of the individual frame as a building block for bigger structures. The aim in establishing a reciprocal relationship between the film frame, the framing edges and the subject’s formal properties, is to eliminate subjective decisions about framing and allow given parameters to have a determining effect. Much of the video work, by contrast, explores the spontaneous interactions between complex events, such as the swirling movements of layers of net curtain, and the video technology used to record process the data it receives. This DVD makes available for the first time his major film and video works from the past 38 years and is accompanied by new essays by Simon Payne and Federico Windhausen. END_OF_DOCUMENT_TOKEN_TO_BE_REPLACED

In a series of films in which we discover the portrait of a woman, Manon de Boer prolongs her experiments during the meeting with Robyn Schulkowsky. In Italy and then Germany, the rotation of the lens leads us in a false loop where the visible is metamorphosed by the audible. The meetings of the musician make up the journey of an instrumentalist confronted with some contemporary composers whose evocation disturbs our appreciation of the pieces performed. The sound portrait animates the vision of performance spaces.
—Gilles Grand END_OF_DOCUMENT_TOKEN_TO_BE_REPLACED 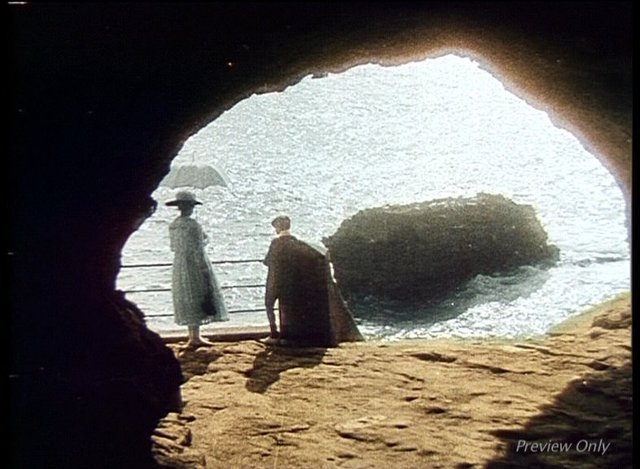 Amsterdam-based photographer and video artist Fiona Tan (born 1966) has been a central figure on the contemporary art scene since the 1990s. In her video News from the Near Future (2003) a collage of historic film and audio material tells of man’s ambivalent relationship with water as a force of nature. Drawing on the archives of the Amsterdam Film Museum, Tan composed a narrative crescendo starting off with idyllic impressions of the watery world and building to increasingly menacing scenarios of an unleashed nature. Images of floods and churning seas, of wild winds and storms, parade before our eyes the destructive force of water. Tragedies at sea are reported in the style of old newsreels or radio shows, segueing into pictures of flooded cities that – as indicated in the work’s title – forebode future catastrophes. The cinematic repertoire of waves, tides and floods acts as an historical memory, presenting the sea as a metaphor for the flow of time. END_OF_DOCUMENT_TOKEN_TO_BE_REPLACED

William E. Jones – The Fall of Communism as Seen in Gay Pornography (1998)

Quote:
Every image in The Fall of Communism as Seen in Gay Pornography comes from gay adult videos produced in Eastern Europe since the introduction of capitalism. The video provides a glimpse of young men responding to the pressures of an unfamiliar world, one in which money, power and sex are now connected. END_OF_DOCUMENT_TOKEN_TO_BE_REPLACED