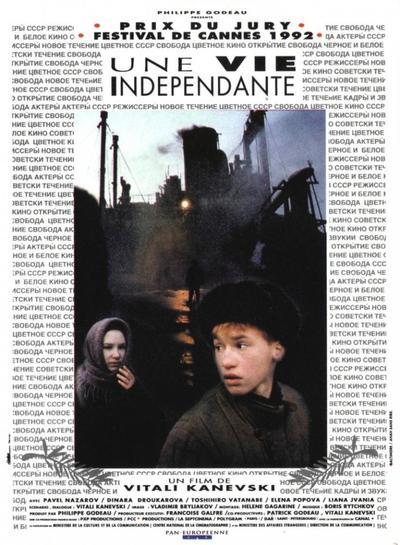 on the road again…

This is the second instalment of a three-part series of autobiographical films about the director’s life.

The first, which won various awards for its maker, was entitled Zamri Oumi Voskresni and was later retitled Zari, Umri, Vokresni (“Freeze-Die-Come to Life).

At the end of that film, set at the conclusion of World War II, the young Valerka was striving hard to overcome the inertia of just getting by, along with his sometime friend Galiya. In this one, he is adjusting to Galiya’s death and is back in school and is living with his mother, a prostitute. After a girl at the school is found to have been gang-raped, the headmaster chooses Valerka to be one of the scapegoats, though he had nothing to do with the deed. END_OF_DOCUMENT_TOKEN_TO_BE_REPLACED 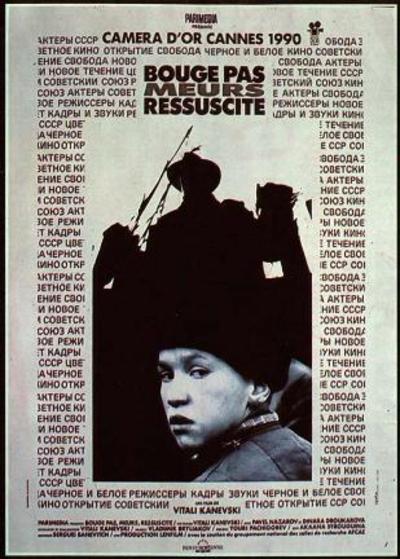 Quote:
“Freeze-Die-Come to Life,” a first film by Vitaly Kanevski, offers a stark look at growing up in the frozen wastes of the Soviet Union at the end of World War II. A largely autobiographical work, it is the sweetly grim story of a couple of street-smart kids in the mining town of Suchan. A Russian variation on India’s “Salaam Bombay,” the film both celebrates and buries youthful innocence.

An engaging pair of nonprofessionals, Pavel Nazarov and Dinara Drukarova, are Valerka and Galiya, playmates who manage a semblance of childhood despite their sorry circumstances. And they don’t make circumstances any sorrier than in Suchan, with its towering ash heaps and streets oozing raw sewage. Ragged and hungry, Valerka and Galiya sell hot tea, a ruble a cup, to the downcast miners, the one-legged veterans and the nickel-a-night whores. END_OF_DOCUMENT_TOKEN_TO_BE_REPLACED