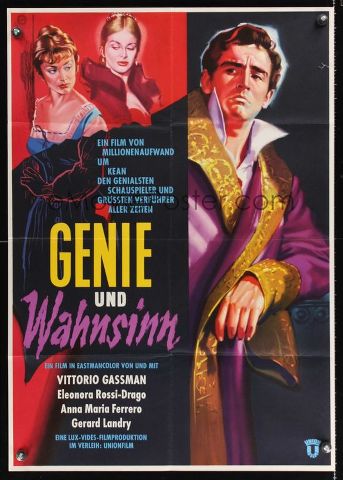 Synopsis
Edmund Kean is a popular and flamboyant British actor of the nineteenth century, addicted however to vices and in debt. He argues with the Prince of Wales, his companion in intemperance, the wife of the Danish ambassador, but eventually falls in love with Anna, a young but promising beginning actress. END_OF_DOCUMENT_TOKEN_TO_BE_REPLACED