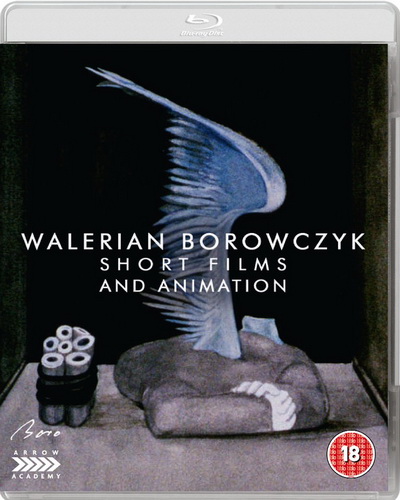 Quote:
The Astronauts (1959) is a short, collaborative animation project between eccentric filmmakers Walerian Borowczyk and Chris Marker. Borowczyk would later move into live-action film-making, turning his attention to a cinema of perverse eroticism with projects like Goto, The Island of Love (1969), The Immoral Tales (1974), Beast (1975) and Emmanuelle 5 (1987). Likewise, Marker would produce the short masterpiece La Jetée (1962), the celebrated proto-documentary Sans Soleil (1983) and his critical study of Japanese filmmaker Akira Kurosawa, A.K. (1985). The film, at twelve-minutes in length, is a testament to the creative energy and ideas of these two filmmakers, not only standing as an interesting short film in its own right, but as a window into the creative world of these two, highly skilled, highly original filmmakers. It remains an amazing piece of work for this very reason, more so perhaps than any other; even if it is admittedly impossible to distinguish between which filmmaker was responsible for each individual part of the creative process, leaving us to assume that it was a pure collaboration in every sense of the word. END_OF_DOCUMENT_TOKEN_TO_BE_REPLACED