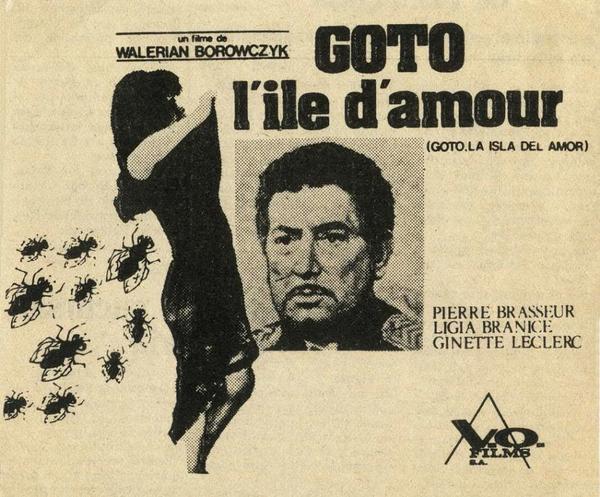 Synopsis:
Walerian Borowczyk’s second feature was just as original as his first. Almost entirely live action this time, it is situated on the archipelago of Goto, which has been cut off from the rest of human civilisation by a massive earthquake and has consequently developed its own arcane rules. Melancholic dictator Goto III (Pierre Brasseur) is married to the beautiful Glossia (Ligia Branice), who in turn is lusted after by the petty thief Gozo (Guy Saint-Jean) as he works his way up the hierarchy. END_OF_DOCUMENT_TOKEN_TO_BE_REPLACED 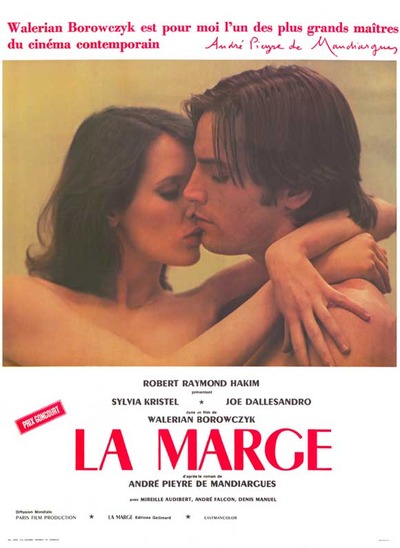 Borowczyk remains one of the least appreciated filmmakers of his era, inarguably an auteur, but one so erratic and unusual that he remains cherished only by a handful of critics for his early surrealist work and by cult movie devotees for his later, sexually-explicit films. While from the mid-seventies onward his films would range from the good (Behind Convent Walls, The Story of Sin) to the not-so-good (The Art of Love, Immoral Tales, etc), his film-making legacy rests with the bizarre La Bete, which unfortunately belongs to the latter category. However it is his early films (both animated and live action) that are undoubtedly Borowczyk’s key works – Blanche, for instance, is one of the finest films ever made, while Goto the Island of Love is almost as good – and in many ways these films set up the themes that would be prevalent throughout much of his subsequent work, most importantly that sex is constantly linked with guilt, persecution and death. END_OF_DOCUMENT_TOKEN_TO_BE_REPLACED 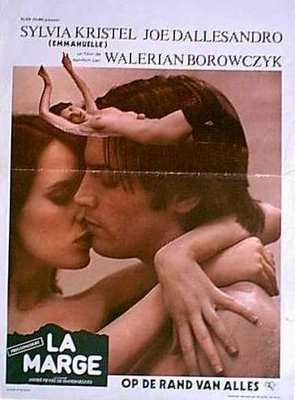 In its cinematography and story-telling La Marge is very much like an Art House picture: we have emotions, tragedy, laughter, silence, pictures telling a story, plot twists, slow pace, all the ingredients you might expect in the most toffee-nosed productions only people with a university degree are supposed to enjoy. And yet, it is also a piece of erotica, shamelessly exploitative and very effective in its abundant use of (mostly) female nudity and its sex scenes. END_OF_DOCUMENT_TOKEN_TO_BE_REPLACED

Walerian Borowczyk – Dzieje Grzechu AKA The Story of Sin (1975)

Walerian Borowczyk has become largely forgotten. This is partly due to a lack of availability (though at the time of writing there are currently four discs of his films on release in the UK) but primarily because his career hit a decline in the seventies that eventually led to a stint directing Emmanuelle 5. Yet both the man himself and his career are utterly fascinating. Starting out as an animator, producing a number of classic shorts including 1963’s Renaissance, Borowczyk moved into features with the distinctive Goto, Isle of Love and his masterpiece Blanche which earned him a place on the BFI 360 Film Classics list. His works from this point onwards, however, exist in a strange critical limbo as there is much debate as to whether they are art or simply soft porn with high production values and pretensions. As a result, the likes of La Bete and Docteur Jekyll et les femmes have never moved beyond a cult audience. This particular effort, The Story of Sin, the only film Borowczyk was able to make in Poland is one of his more popular works, especially in his home country, and in many ways it makes the perfect introduction to his work. By no means an exceptional film, and certainly not the director’s best, it does however allow for a succinct demonstration of his strengths and weaknesses. Moreover, the erotic content for which Borowczyk has become best known is relatively low-key, especially in comparison to, say, Behind Convent Walls or Immoral Tales, which will perhaps make it more accessible. END_OF_DOCUMENT_TOKEN_TO_BE_REPLACED

Each of the three women in this film shows a tendency to kill their human lovers, and two of them evince a sexual attachment to their pets. In the first story, the model for artist Raphael seduces and kills Raphael and another man. In the second, a girl with a suspiciously satisfying relationship with her pet rabbit murders her parents for killing her bunny. Finally, Marie has a dog whose unusual means of effecting her rescue not only saves her from a kidnapper, but gets her out of an unhappy marriage.
-All Movie Guide END_OF_DOCUMENT_TOKEN_TO_BE_REPLACED 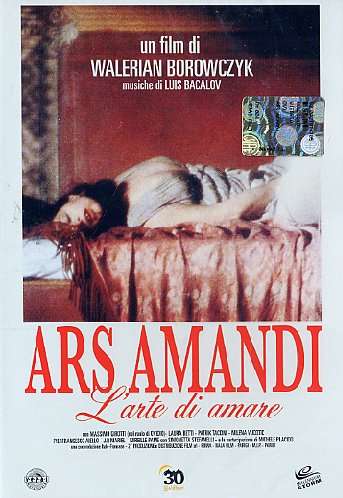 In his 2006 obituary, The New York Times called Walerian Borowczyk “the internationally known filmmaker described variously as a genius, a pornographer, and a genius who also happened to be a pornographer.” And for the final film in his ‘Immoral Trilogy’, Borowczyk created one of the most lushly bizarre erotic tales of our time and perhaps the most ambitious work of his entire career. The setting is Rome, 8 A.D., where the poet Ovid watches over an epoch of forbidden seduction and unnatural acts among maidens, centurions, servant girls and the occasional farm animal. Marina Pierro , Laura Betti, Milena Vukotic and Massimo Girotti star in this sumptuous art/smut classic, now fully restored and presented uncensored. END_OF_DOCUMENT_TOKEN_TO_BE_REPLACED