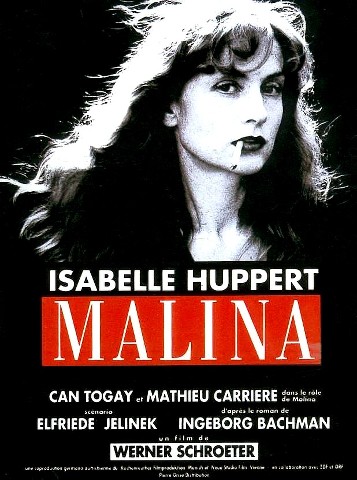 In “Malina,” the German film maker Werner Schroeter’s adaptation of a novel by Ingeborg Bachman, Isabelle Huppert portrays a writer who suffers from an interminable case of existential angst.

Isabelle Huppert’s unnamed character is a chain-smoking novelist who lives in Vienna with a calm and devoted male companion, Malina (Mathieu Carriere). Although attractive and successful, she is emotionally disturbed. In the film’s opening scene, she has a vision of herself as a little girl being thrown to her death by her father from the roof of a building. The father, a demonic figure, reappears in several expressionistic set pieces, sometimes to the accompaniment of operatic music.

One day in front of a flower shop, she spies a handsome stranger, Ivan (Can Togay), whom she chases into a bank and inveigles into embarking on a steamy affair. Although Ivan enjoys the relationship, he takes it more lightly than does the woman, who grows obsessed…. END_OF_DOCUMENT_TOKEN_TO_BE_REPLACED 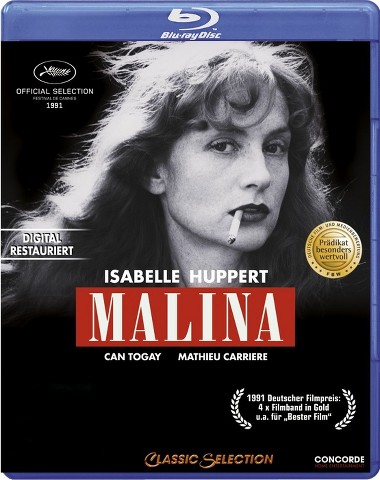 Werner Schroeter’s adaptation of a novel by Ingeborg Bachmann, Isabelle Huppert portrays a writer who suffers from an interminable case of existential angst.

Synopsis:
An unusual story of a triangular relationship set in Vienna. A woman shares an apartment with a man named Malina. The woman meets Ivan and falls in love. It will be her last great passion. The singlemindedness of her love is so great that it is more than the man can comprehend or respond to. The film’s subject is nothing less than love- and the loneliness of the lover. END_OF_DOCUMENT_TOKEN_TO_BE_REPLACED